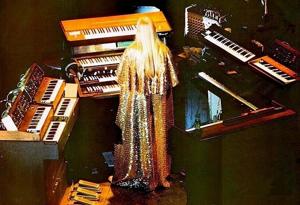 Yes is quite possibly the epitome of progressive rock, primarily because they are one of the groups that helped shape the genre. Originally formed in 1968 by bassist Chris Squire and singer Jon Anderson, Yes churned out an expansive discography, as well as several other notable side projects (e.g. Asia, 1981). Over the span of just one decade, Yes went from a smalltime English band to world famous musicians, playing with legends such as synthlord Rick Wakeman. Yes, alongside other prog rock masters such as Emerson, Lake & Palmer; King Crimson, and Rush, are the progenitors of what is now progressive rock. Utilizing dynamic song composition, orchestral arrangements, and constantly changing symphonic elements, Yes has proved countless times that it may in fact be possible to combine Bach and electric guitars. Yes released twenty studio albums, nine of which reached #1 in the United States and the U.K. Yes has also had quite a tumultuous lineup, with nineteen members coming and going, mainly during Yes' heyday from 1968 to 1981. Following the release of Drama in 1980, the band began to dissolve, partially due to the formation of supergroup Asia, as well as the rise of punk and new wave. However, the band reformed in 1996 and began recording and touring once again.