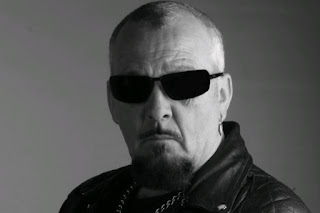 Original JUDAS PRIEST vocalist Al Atkins will release his new solo album, "Reloaded", on Gonzo Multimedia. The album is a collection tracks from the last four decades that Al has either written or performed from his days in JUDAS PRIEST to his last band HOLY RAGE. It features special guest appearances by Ian Hill of JUDAS PRIEST (who performed on the original recordings of some of these classics, like "Victim Of Changes" from the "Sad Wings Of Destiny" album), John McCoy (ex-GILLAN), Ralf Scheepers (PRIMAL FEAR) dueting with Al on "Victim Of Changes", a solo from Roy "Z" Ramirez of HALFORD and BRUCE DICKINSON, Japanese guitarist Tsuyoshi Ikedo from UNVEIL RAZE, Australia's Stu "Hammer" Marshall of DEATH DEALER, Chris Johnson from HOLY RAGE, Rob Allen on drums and longtime friend and collaborator, guitarist and producer of many of Al's albums, Paul May. These tracks have appeared in various forms on many albums over the past forty years. "Reloaded" also features a bonus track that is an excerpt of a guitar solo from the very JUDAS PRIEST demo featuring Hill on bass and K.K. Downing on guitar a never-heard treat for all JUDAS PRIEST fanatics.

"Reloaded" was once again recorded at Rock Solid Studios in the U.K.

"Reloaded" is available to pre-order only on PledgeMusic together with other exclusive merchandise and experiences.

Regarding how the idea for the album came about, Atkins told PowerOfMetal.dk: "After Paul May and myself [were] asked to record a 'best-of' album by our record company, we recorded the ATKINS MAY PROJECT 'Anthology'. It then got me thinking about recording my own solo 'best-of] album, but set about re-recording all of my fave songs from the last four decades and using guest players. We still have three tracks still to record before it is all finished, but it is sounding absolutely killer."

He added: "[I am] really looking forward to this album and I hope everyone else who buys it will enjoy it too."

Atkins is the co-writer of several PRIEST songs which are included on the band's first two albums, "Rocka Rolla" and "Sad Wings of Destiny", both of which eventually went gold. Atkins co-penned the heavy metal classic "Victim of Changes", which was a combination of Rob Halford's song "Red Light Lady" and Atkins' own "Whiskey Woman". He also co-wrote "Winter", "Never Satisfied", "Dreamer Deceiver" and "Caviar and Meths".

In 1989 Atkins released his debut solo album, "Judgement Day", to great acclaim. But it was "Heavy Thoughts" and "Victim of Changes" (the latter being his collaborative album with ex-JUDAS PRIEST drummer Dave Holland) that brought him strong sales and critical acclaim around the world.

JUDAS PRIEST bassist Ian Hill penned the foreword to Al Atkins's autobiography, titled "Dawn of the Metal Gods: My Life in Judas Priest and Heavy Metal". The book, which was written with Neil Daniels — a freelance rock writer and heavy metal fan who befriended Atkins during the writing of Neil's book "The Story Of Judas Priest: Defenders Of The Faith" (Omnibus Press) — was released in 2009 via Iron Pages.