The Deviants: US reviews

English punk legends The Social Deviants began their career back in 1967 with their debut album "Ptooff!" The album would become an underground U.K. cult classic being re-issued on five different record labels. The band would record two more albums, before parting ways. Founding member Mick Farren would continue on, shortening the name to The Deviants and calling upon the help of MC5's Wayne Kramer and Motorhead's Phil Taylor to lend a hand when needed. After collapsing onstage in 2013, Farren died just two months shy of his 70th birthday. So, as a tribute and a reminder of this U.K. underground punk sensation, Gonzo Multimedia is re-issuing three of The Deviants later albums (1999's "The Deviants Have Left The Planet," 1999's "Barbarian Princes (Live In Japan)," and 2002's "Dr. Crow"). 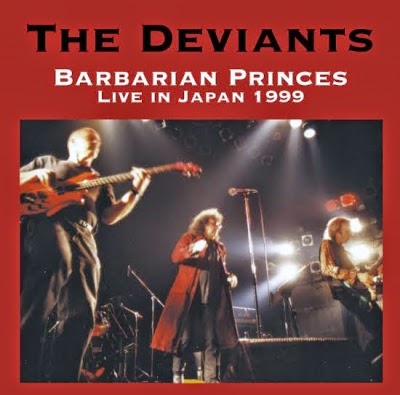 The pick of these new releases is the CD (now with a bonus DVD) of "Barbarian Princes (Live In Japan)." It shows this band in its most raw form, live and without any boundaries. While Mick Farren may have been the leader of The Deviants, guitarist Andy Colquhoun is the star of the show, pulling out all of his guitar tricks, turning songs like "God's Worst Nightmare" and "Dogpoet" into amazing jams. They turn Bob Dylan's "It's Alright Ma (I'm Only Bleeding)" into a chaotic mess, while showing their bluesier side with "Lennon Song." The DVD is of the same show with the corrected running order of the songs, but the film is something to be desired. While not filmed in high definition, at least there is a filmed document of this band performing live. 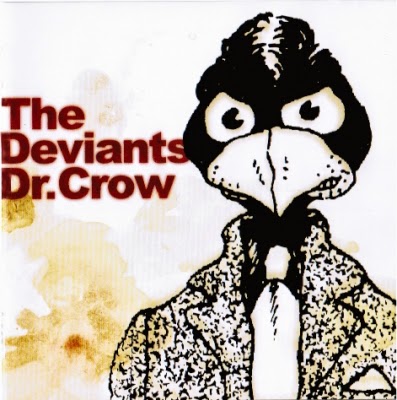 The other two new releases, "Dr. Crow" and "The Deviants Have Left The Planet" also show other sides to the band's underground success. The band's final studio album "Dr. Crow" mixes a few cover songs in with its originals to showcase the band's talents for keeping their music fresh and raw. While the punk-like furry of their early albums may be missing, the raw, straight-up rock feel of "Bela Lugosi 2002" and "Song Of The Hired Guns" shows a maturity within the band's songwriting and musicianship. The Deviants also put their stamp on the Beatles' classic "Strawberry Fields Forever" and "The Man Who Shot Liberty Valance." 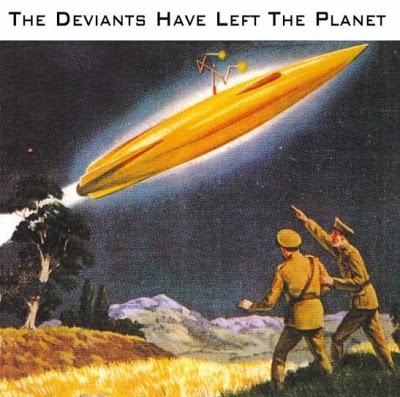 Mick Farren collected demos, outtakes and live versions of some of their early songs for the 1999 compilation album "The Deviants Have Left The Planet." The studio songs feature former Motorhead drummer Phil Taylor and guitarist Andy Colquhoun as this trio could have brought The Deviants a bigger slice of the music world than ever before. While the live/studio feel of the album mixes up the flow, it is also great to have all these songs together to enjoy. To find out more about these new re-issues from one of the legendary U.K. band The Deviants, please v