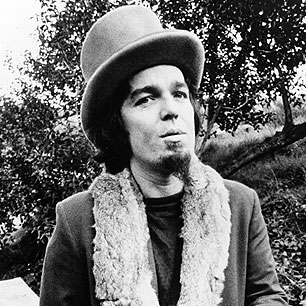 Like his high-school pal Frank Zappa, Captain Beefheart is an acquired taste. Which makes our list of Captain Beefheart Albums Ranked Worst to Best a tough one to navigate for traditional-rock fans who may not be familiar with his influential work.

He started his career in the mid-’60s as the leader of the California-based blues-influenced group the Magic Band, which he’d keep throughout the years, though personnel changes were frequent. Beefheart, who was born Don Van Vliet, released a couple singles (produced by David Gates, before he formed the soft-rock group Bread) during this period – including a cover of Bo Diddley’s “Diddy Wah Diddy,” which became a garage-rock classic even though it failed to make a dent commercially (a sign of things to come, unfortunately).

Within a couple of years, Beefheart and the Magic Band – with some guidance from Zappa, whose own unconventional path to rock ‘n’ roll was picking up a cult audience – had changed course a bit, injecting their bluesy grind, guided by Beefheart’s multi-octave voice, with absurd asides, surreal detours and a flair for music that sounded little like anything else on the planet.

They released a dozen albums over the years as Beefheart swapped out members, tried to become a proper rock star and eventually settled into his placement as one of rock’s most original and boldest artists. In 1986, after a period of inactivity, he retired from music altogether to focus on painting. (Beefheart was an accomplished visual artist whose work has been exhibited in some of the world’s top galleries and museums.) He died of multiple sclerosis at age 69 in 2010.