Jon Anderson Interview on The Geeks Of Doom! Website

That delightfully named website Geeks of Doom are currently running an interview with Jon Anderson. The interview covers a number of subjects including Jon's illness , His early career withn the Warriors and Yes and his childhood in Accrington Lancashire.
the interview also touches on Jon's latest album Survival and Other Stories which has been garnering universally good reviews.

you can read the interview here

http://geeksofdoom.com/2011/06/29/interview-original-yes-lead-singer-jon-anderson/
Posted by Jon Kirkman at 11:25 No comments:

His first releases were with acoustic guitar duo MAP. MAP received much critical acclaim and tracks can still be heard in
lots of TV programmes, most recently the X Factor! For the last three years he has worked as a session player, producer,
and co-writer with many contemporary artists ranging from John Leckie to Lily Allen (for whom he received a platinum disc
for his work on the album ‘Alright Still’), from DJ Format to Prince Fatty (aka Brit nominated mix engineer Mike Pelanconi)
and from Renee Zelwegger to Peter Andre!!.

For the last 2 years Max has been writing and recording this debut solo album and his recent performing career has seen
him share stages with Eddie Reader, Sixpence None the Richer, Eliza Carthy, Katherine Williams, Boo Hewardine, Brian
Kennedy, Dar Williams, Thomas Dolby, Carina Round, Ocean Colour Scene, and Nerina Pallot. Max performs both solo
(acoustic) and with his stellar 4 piece electric band.

For tickets and full details of the gig please go here :

Max's Album Walk In This Direction will be available with a bonus Live Acoustic DVD from September the 11th from the Gonzo Multimedia Website
Posted by Jon Kirkman at 16:57 No comments: 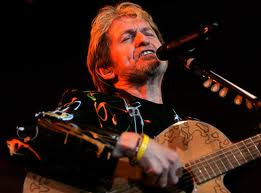 Jon Anderson, who has one of the most recognisable voices in music, and is best known for his work with YES, Vangelis and Kitaro, as well as his innovative solo efforts, recently completed a successful tour of the East Coast in the US.

The new leg of the tour will concentrate on the North West US and several dates in Canada (listed below), and promises to deliver an exciting mixture of material from Jon Anderson's prolific solo career, collaborations with Vangelis and classic YES songs, along with new compositions from his new CD 'Survival & Other Stories'.


Jon's recently released CD 'Survival & Other Stories' has been garnering rave
reviews worldwide Reviews and is available to buy directly from the Gonzo Multimedia Website Here:

glassonyonpr@cs.com
Posted by Jon Kirkman at 11:27 No comments: 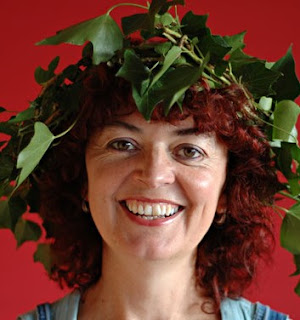 Helen McCookerybook is performing a unique half hour netcast show from her kitchen this coming Wednesday the 29th of June at 8:30pm

Here is the link:
http://www.stageit.com/helenmccookerybook/kitchen_show/3565


http://www.gonzomultimedia.co.uk/site.php?s=2&action=list_table&t=products&filter_id=152&dbf_search_for=Helen+Mccookerybook+%28artist%29&image.x=6&image.y=14
Posted by Jon Kirkman at 09:57 No comments: 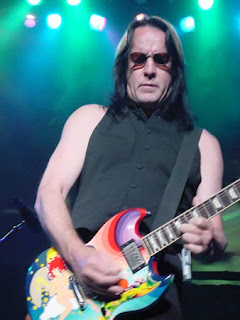 Everyone at Gonzo is really looking forward to the forthcoming Todd Rundgren concert dates in the UK in October.
The following dates have so far been confirmed including three nights at the Jazz Cafe in London

"I have been a huge admirer of Todd's work both with Utopia and as a solo artist for many many years and I am looking forward to these dates in the autumn!"
Posted by Jon Kirkman at 09:29 No comments: 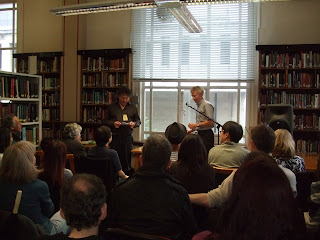 Former Yes, King Crimson and Genesis drummer Bill Bruford recently gave a lecture about his career in music at the Westminster Library. Bill spent time discussing his career and also his recent autobiography and answering questions from the audience. A splendid time was had by all who attended

You can buy Bill's book directly from his website

http://www.gonzomultimedia.co.uk/site.php?s=2&action=list_table&t=products&filter_id=152&dbf_search_for=Bill+Bruford&image.x=9&image.y=13
Posted by Jon Kirkman at 08:55 No comments: 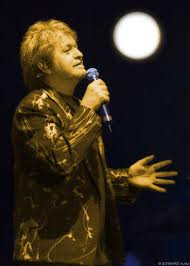 
Jon Anderson recently conducted an inerview with Matt Mangas at J94.5 The Arrow Ft. Myers Florida. Just click the link above to listen to it. In the interview Jon discusses his current album Survival and also touring plans. He also discusses the illness that sidelined him in 2008 and also why he is no longer a member of Yes. The interview is an incredibly honest interview and one that all Jon Anderson and Yes fans will want to lsten to.

http://www.gonzomultimedia.co.uk/site.php?s=2&action=list_table&t=products&filter_id=152&dbf_search_for=Jon+Anderson+%28artist%29&image.x=12&image.y=11
Posted by Jon Kirkman at 10:14 No comments:

Essra Mohawk Tour and Best of CD and DVD 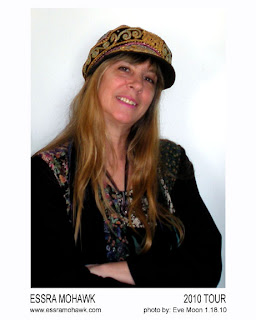 Respected singer songwriter Essra Mohawk embarks on a series of European dates in August.The legendary singer/songwriter's multi-genre songs, soulful voice, and magnificent band will be presented to European audiences for the first time during these dates!

Essra Mohawk has sung (performed or recorded) with Frank Zappa, Jerry Garcia, John Mellencamp, Carole King, Kool & the Gang, Bonnie Bramlett and Keb Mo. She co-wrote songs with Al Jarreau, Bob Weir, Art Garfunkel and many more. Essra has released a about a dozen albums over the course of her long and steady career, producing consistently quality music. Her songs have been recorded by Tina Turner, Cyndi Lauper, Lorrie Morgan and many other notable performers.

The series of dates takes in the following venues

Gonzo Multimeadia will be releasing a Best of CD from Essra in the near future and also a DVD which will include footage from the European dates.
Gonzo MD Roy Ayling commented:
"We are excited to be working with Essra and releasing an album from her and we are really looking forward to the European dates"
Posted by Jon Kirkman at 09:41 No comments: 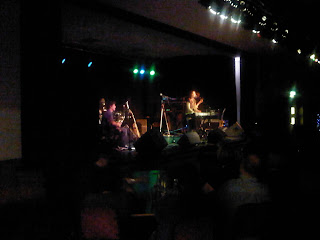 British Rock band IONA are currently on tour in the UK for the first time in quite a while.IONA have a history stretching back through to the early nineties and perform a magical blend of Celtic and progressive rock music. Gonzo MD recently caught the band live on their current series of live concerts and said

"It is great to have the band back on the road again perfooming in the UK. They are an amazing live band and I can highly recommend them to anyone and you should catch them on their current tour if you can" 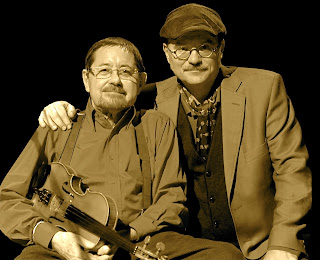 The film "Accompanying Dave Swarbrick" is a documentary portrait of the legendary English fiddler Dave Swarbrick and a document also of a tour that Dave made with Danish author and musician Lars Kjaedegaard.


The package will contain both the doucmentary film and also a live album featuring both Dave Swarbrick and Lars Kjaedegaard.

The DVD/CD package will be available to buy from the Gonzo website and more details on when you can buy the set will be announced soon.

In the meantime Lars Kjaedegaard has conducted an interview where he talks about the making of the film and his reasons for wanting to make the film. 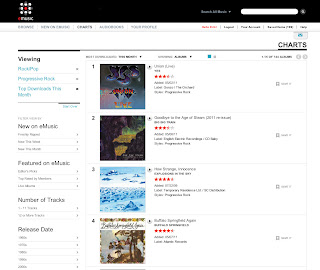 The double live album Yes Union Live has hit the number one spot on the Emusic Download charts for June.
The album which was recorded during the world tour to promote the bands UNION album which saw eight former member of the band reunite to record an album and tour.

The Hard Copy CD can be bought directly along with other Exclusive Yes releases from Gonzo Multimedia's website here;

The album can be downloaded from Emusic here 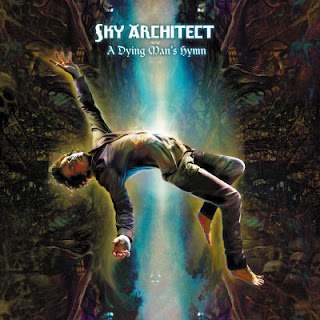 In the summer of 2010, Sky Architect set out to record a follow up for their debut album ‘Excavations of the Mind’. In the lovely woods of Sweden they found their new home, where their musical creativity felt no boundaries. The result: A stunning 76 minute long concept album telling the story of a man’s flight to redemption, entitled ‘A dying man’s hymn’.

Their second album sounds much more mature, and overall more balanced. Mellow at some points and at other times a real prog-extravaganza with distorted Clavinets, soaring guitar solos and crazy odd rhythms. Surely a must have for fans of Gentle Giant, the Flower Kings, Beardfish and Pain of Salvation.

Again Galileo-records will release their ‘A Dying Man’s Hymn’ worldwide 6th of June 2011 via Gonzo Multimedia. The artwork is created by the famous rock-illustator Mark Wilkinson (Marillion, Fish, Pink Floyd and Judas Priest)

The band also play the "Night Of The Prog" festival in Germany on Friday 8th July. More details can be found at Sky Archtect's website:


http://www.skyarchitect.com/index.php?option=com_simplecalendar&controller=simplecalendar&view=detail&id=16
Posted by Jon Kirkman at 15:19 No comments: 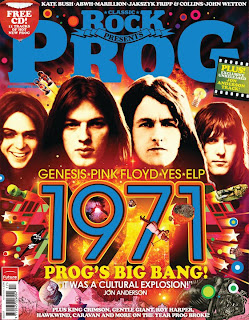 
http://www.gonzomultimedia.co.uk/product_details/15258/Anderson_Bruford_Wakeman_Howe-Anderson,_Bruford,_Wakeman_&_Howe.htmlThere is also a review of the Double Live yes Album Union Live which can also be purchased directly from Gonzo Multimedia here

http://www.gonzomultimedia.co.uk/product_details/13924/Yes-Union_(2CD).html
Posted by Jon Kirkman at 15:00 No comments:

One Night For Norma

Many readers will be aware that Norma Waterson has been critically ill in hospital for the past three months. Last November, towards the end of the brilliant 'Gift' tour, Norma got an infection in her knee. She went to the closest hospital, Warrington, where they prescribed strong antibiotics, to be taken as an in-patient. Two days later she was on dialysis and a ventilator in the Intensive Care Unit. Our dear Norma had been in the ICU for 11 weeks! with Martin by her side, loving her and making sure she is getting all the necessary attention.

She has at last been moved to an ordinary ward, but the journey back to normality will be a long climb; of course if she could climb there'd be no problem, but after 12 weeks in bed there's not much of her body that has any muscle power at all. And having had a tracheostomy in her throat for most of that time, she's not even talking or eating normally yet.

One Night for Norma
Norma Waterson is one of the most influential figures of the folk revival, first with the Watersons then Waterson:Carthy and in her own right - becoming a Mercury Prize nominee for her solo album 'Bright Shiny Morning'. Norma was awarded the OBE in 2003.

However, she has been seriously ill and unable to work and this concert, featuring a variety of guests for whom Norma has great significance in their own work, is a benefit concert for her.

The concert was a huge success and was recorded for release later in the year. Gonzo Multimedia's MD Rob Ayling was instrumental in recording this concert which will be released to raise money for Norma:

"When we shot Norma, Martin Carthy and Elizas band in December last year at the Union Chapel for a DVD and I thought she was fantastic so when this benefit gig was set up locally to I knew I had to get involved".
Posted by Jon Kirkman at 11:53 No comments: