Gonzo's First Book The Trials Of Oz. Published on 40th anniversary of Trial Gonzo Multimedia have published their first book. It is entitled The Trials of Oz and is written by the noted writer and film director Tony Palmer. Tony attended the trial and made notes during the proceedings of the celebrated trial on Obscenity.
The book which is a detailed account of the trial and what led up to the trial includes contributions from the defendants Richard Neville,Felix Dennis,Jim Anderson and other vetrans of the Oz Obscenity Trial.

The book is published on the fortieth anniversary of  the trial where the editors of Oz magazine were on trial for crimes under the then obscenity law.

It is a fascinating book and one that will attract a large audience who not only remember the trial  but those who have subsequently heard about it in the intervening forty years.
Tony Palmer is a distinguished film director and author with many award winning films to his credit including the TV series and accompanying Book "All You Neded Is Love"
Posted by Jon Kirkman at 10:02 No comments:

Use It Or Lose It Listen again! 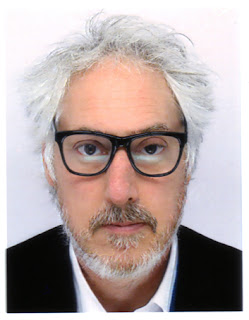 USE IT OR LOSE IT, Peter Blegvad's radio play about memory loss, was broadcast last
Saturday, Dec 3.

If you have leisure for such things (35 mins), click on the link below to listen
again.

it
will work for 4 more days):

The GUARDIAN had this to say about the piece:

A really good Between the Ears (Radio 3, Saturday) makes you think and makes
you listen. The weekend's edition ­ a "radiophonic rumination on memory
failure", written by Peter Blegvad did just that. He played Dr Proctor, a man
with a sing-song memorable name, but also a sense of self bleeding away at the
edges as his past evaporates.

It was tautly produced by Iain Chambers to be a rich seam of sound layers that
could feel roomy and beautiful, with snippets of poetry and music on the theme
of memory, but also stifling and oppressive. Proctor mentions the phenomenon
of "presque vu", the sense of something being on the tip of your tongue but
out of reach, and this was the feel throughout. "What would we do, who would
we be?" Proctor asks, pondering life without a working memory while he could
still remember what the question was.

There were shards and smudges of sound, reflecting the wandering of a mind
that is malfunctioning and short-circuiting. It had serene and gorgeous
moments, and some funny ones too, thanks to Harriet Walter as a 104-year-old
self-help guru. She embraces amnesia as "extending the boundaries of the
self, becoming someone else, dismantling the imposed narratives". Like
everything in this tantalising feature, her ideas shimmered for a moment and
then slinked quietly away.
Posted by Jon Kirkman at 15:33 No comments: 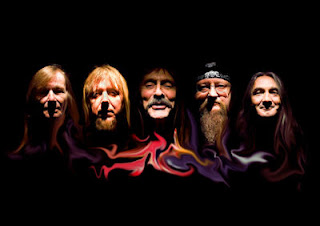 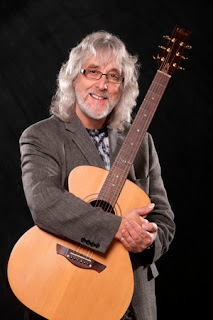 The Music Industries Association is delighted to announce the results of the MIA Music Awards 2011.

Winner of the The Guitar Techniques Acoustic Guitar of the Year category is the Vintage VE2000GG Gordon Giltrap signature Guitar by John Hornby Skewes & Co.Ltd.

The awards have become a major celebration for the whole industry, honouring the best selling and most reliable and innovative products and retail initiatives in the UK and celebrating the top individuals and organisations within the musical instrument industry.

In what has been a challenging year for the industry the MIA Music Awards provide a much needed opportunity to acknowledge the professionals and organisations who continue to drive forward creativity and innovation.

The awards featured 25 categories in total celebrating and rewarding success in every sector of our industry.
Posted by Jon Kirkman at 10:31 No comments: