RAZ BAND: Record of the year 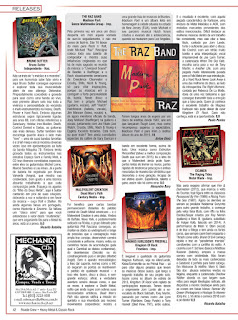 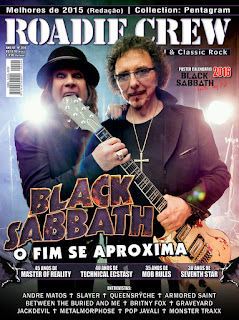 For the first time in years an album makes me feel so impressed that I need listen to the songs several times in sequence, and I do not get tired of doing it. Madison Park brings 16 tracks of pure rock n 'roll, where Michael "Raz" Rescigno puts all of his talent as a composer and shows his influences, which are originated in what is the most sacred in the world of music: the "Liverpool Sound" of Beatles and Badfinger, and the classically American Rock of Creedence Clearwater and Crosby, Stills, Nash & Young, just to name his inspirations, because the songs themselves carry the strong personality of the band.

On this record The Raz has Michael Raz himself (guitar, vocals), Jeff Hutchinson"Hutch" (drums, vocals), Jim Manzo (bass, vocals), and the now official members of the band, Joey Molland (Badfinger) on guitars and vocals along with Joe Vitale (Joe Walsh / Crosby, Stills, Nash & Young / Eagles) playing keyboards. Is that good enough, or you want more? It also has special guests of the caliber of Gary Duncan and a long list of brilliant musicians. Madison Park is an album made in honor of the city located in the state of New Jersey (USA), where Michael and his musical partner Hutch grew up and lived through adolescence, before they moved to Los Angeles.

It took long years of waiting for a brand new disc, since 2003, when Raz released It's All About Me, but as a reward the new álbum surpassed expectations. Madison Park is for me the best album of the year 2015. 10.0
Airton Diniz