FOR THE LOVE OF LIFE
NEVER ALONE.WE ARE NEVER ALONE

Liu Xiaobo's last words for for his artist poet wife Liu
Twinned,twined,soft as silk,strong as spider's web
Always,ever,together.Even as life
is taken via harshness/softness and solidarity.

Here is where poetry takes home in hearts-
to express both bond and release.Before you ask
why words are necessary,question each bird
as to wings and song/why each bird over walls and Borders
finds a nest in the tree of Another. 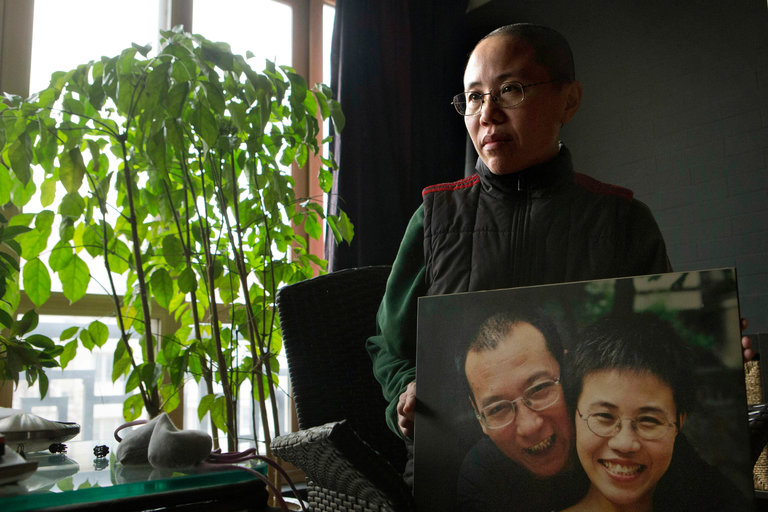 Liu Xia, the wife of the Nobel Peace Prize laureate Liu Xiaobo, with their photograph in her apartment in Beijing in 2012. Credit Ng Han Guan/Associated Press
Posted by Jon Downes at 11:57