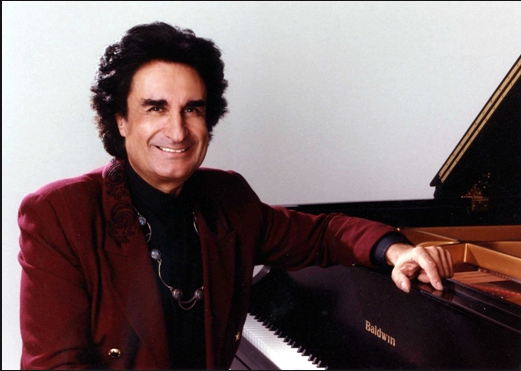 
Swiss native Patrick Moraz is the extraordinary keyboardist and composer for no less than two legendary rock groups … ‘YES’ (1974-76) and ‘The Moody Blues’ (1978-1991). His first solo album entitled ‘The Story of i’ was hailed by many critics as a musical masterpiece.
Patrick Moraz is busier than ever these days. He was recently featured on the new CD ‘Light My Fire-A Classic Rock Salute to The Doors,’ Moraz performed on the opening track … “L.A. Woman” with the late Jimi Jamison (Survivor) and Ted Turner (Wishbone Ash).

Moraz was also one of the performers on the recent ‘Cruise to the Edge’ which also featured … ‘YES,’ Steve Hackett, UK, Queensryche, Tangerine Dream, Renaissance, Strawbs, Tony Levin and a host of other progressive rockers.

Patrick Moraz has several upcoming and surprising releases to watch out for including...“The M.A.P.” ("The Moraz - Alban Project”)which will feature Lenny Castro on percussion and John Avila from ‘Oingo Boingo’ on bass, Patrick Perrier, and Matt Malley. A CD entitled… ‘A way to Freedom’ due in the very near future, and a Cantata in the final works for SATB Choirs in 7 movements, paying homage to ‘Our Planet.’

PATRICK MORAZ: began his fascination with the keyboards at a very young age. He attentively watched and listened to Romanian concert pianist Clara Haskil while living at the same house in Vevey, Switzerland. Moraz attended the Conservatory of Lausanne and studied Harmony and Counterpoint (the Art of the fugue). Patrick’s father managed restaurants which included theaters and stages, and Patrick was able to meet such music luminaries as … Louis Armstrong, Maurice Chevalier, Lionel Hampton, Count Basie, and Duke Ellington.

In 1964, Moraz was contracted to be a scuba diving instructor and an organizer of shows and concerts at Cadaqués, and the village of Port Lligat in Spain, which was where surrealist painterSalvador Dali was living at the time. Moraz was able to go on the property of Salvador Dali and organize parties. Patrick became friends with Dali and his wife Gala. He also had the rare opportunity to be in Dali’s studios to watch him work.
At the age of 16, Patrick Moraz became the youngest person to win the prestigious “Best Soloist Award” at The Zurich Jazz Festival. A few years later he opened concerts for jazz legend John Coltrane in Europe.

In 1973, Patrick moved to London and formed the rock trio ‘Refugee’ with Lee Jackson (The Nice) and Brian Davison (The Nice). After releasing their critically-acclaimed debut album and a successful tour of Europe, the band split-up.

In 1974, Patrick Moraz was invited to join ‘YES’ as their keyboardist. Moraz was an essential factor to the success of their masterpiece release ‘Relayer’ which many ‘YES’ faithful consider to be their best album to date. The classic ‘YES’ lineup of …Jon Anderson (Vocals), Chris Squire(Bass), Steve Howe (Guitars), Patrick Moraz (Keyboards), and Alan White (Drums) toured extensively and worldwide for the ‘Relayer’ Tour while performing to some of the largest audiences in the bands history… including 135,000 ‘YES’ fans at JFK Stadium in Philadelphia on June 12th 1976. ‘YES’ members were encouraged to release solo projects which led to Patrick’s debut solo album ‘The Story of i’ (1976).

Keyboardist Rick Wakeman returned to ‘YES’ while Patrick Moraz was asked to depart the band prematurely. Moraz released his second solo album ‘Out in the Sun’ featuring singer and songwriter John McBurnie in 1977.

During his stint with The Moody Blues, Moraz recorded two acclaimed solo albums with original ‘YES’ drummer Bill Bruford … (‘Music for Piano and Drums,’ and ‘Flags’).

Patrick Moraz left The Moody Blues in 1991 to pursue a solo career.
I had the rare and wonderful pleasure of chatting with Patrick Moraz on his birthday. We talked about ….Patrick’s exciting new music projects … ‘Light My Fire-A Classic Rock Salute to The Doors’… Being a member of ‘YES’… The ‘Relayer’ album … Being a member of ‘The Moody Blues’ … Predator’… ‘Cruise to the Edge’…‘The Story of i’ album …Salvador Dali …And much-much more!

CURRENTLY AVAILABLE FROM GONZO
Posted by Jon Downes at 15:37