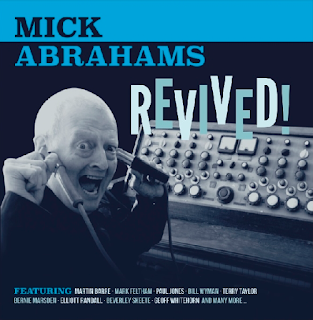 I really enjoyed listening to Revived and it shows Mick’s return to the Blues Rock adventures. And I hope we get a chance to see more of Mick Abrahams return to the spotlight anytime soon and this is a wonderful take of the ‘50s Rock and Blues/Soul influences. This is my fifth time listening to Revived! Mick Abrahams and his friends showed how much support and honor that knowing he will be back.