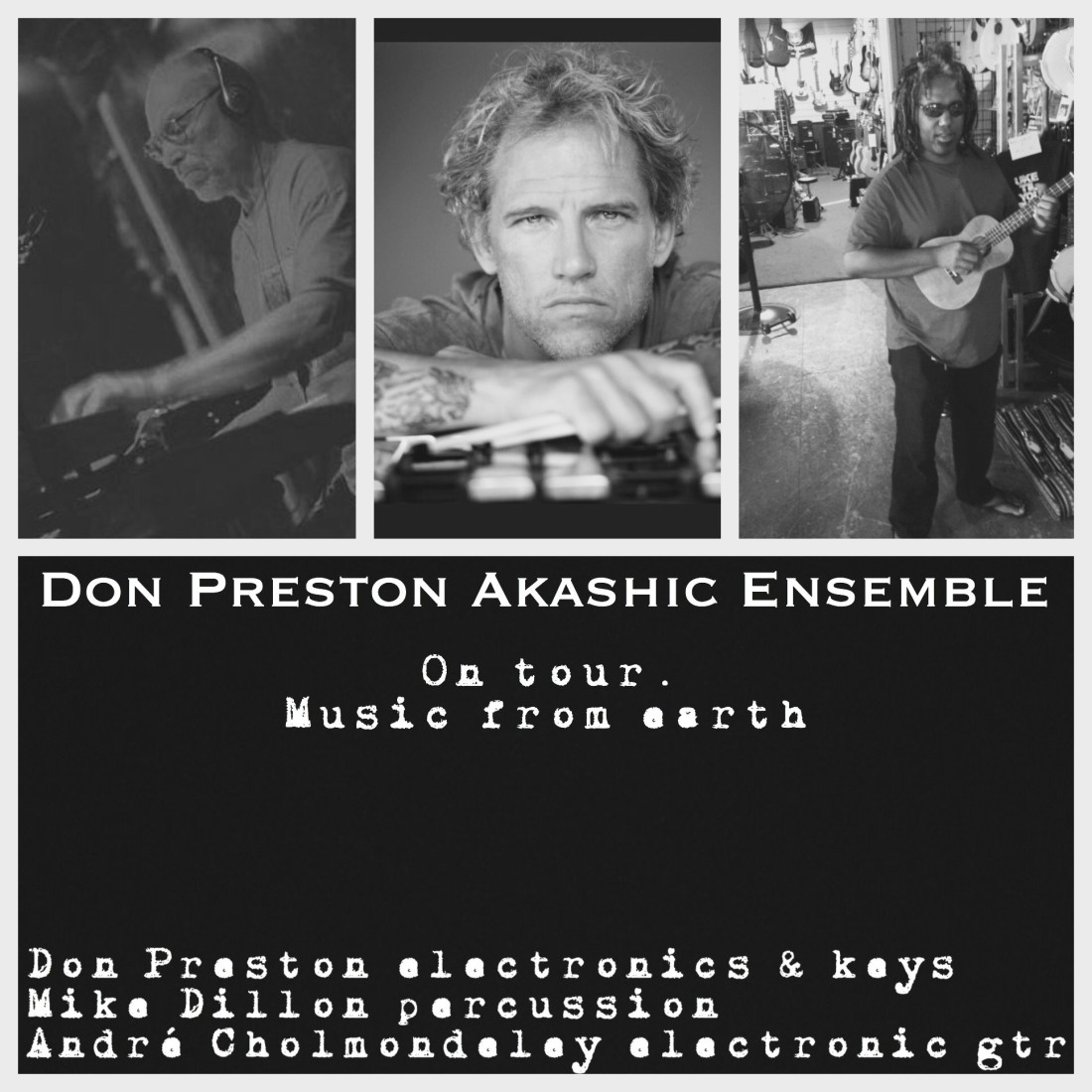 DON PRESTON leads a life filled with music, innovation, and experimentation. “Groundbreaking” is a phrase that is clearly overused..with Don it rings true. One of the first performers to drag a pile of oscillators and filters onstage, he brought his classical training to the avant garde. In the early 60s a weird guy named Frank Zappa would come to see Don’s “electronic music with films of bacterial life” shows in Los Angeles. Don was soon in Zappa’s radical new group The Mothers Of Invention, touring and playing on classics like We’re Only In It For The Money and Roxy & Elsewhere from 1966 to 1974.
Don’s played with everyone from Elvin Jones to The Residents, Jack Bruce and Robbie Krieger. His keyboard solos on Zappa albums, as well as countless soundtracks like Coppola’s Apocalypse Now, are considered ground-breaking moments in synthesizer music history.

Still very active at 83, Don was there for the dawn of electronic musical performance, and today grafts new technologies into his experimental palette with software synths & iPhone apps, blending jazz, rock, comedy, magic and ambient synths into a captivating performance.

MIKE DILLON How many artists are called “punk rock provocateur”, “jazz vibraphone visionary” and “percussion virtuoso” in the same sentence? There’s only one: Mike Dillon. 2014 has seen Mike on tour with Primus, touring as a quintet in support of their version of the “Willy Wonka” soundtrack, or with his own Mike Dillon’s Band of Outsiders. The Texas native sets his own standards and has toured or recorded with artists like Les Claypool, Ani DiFranco. As well as being a creative force or bandleader in Garage A Trois, The Dead Kenny Gs, Critters Buggin, Billy Goat and Hairy Apes BMX.

On September 19, 1985, Frank Zappa testified before the United States Senate Commerce, Technology, and Transportation committee, attacking the Parents Music Resource Center or PMRC, a music organizati..
Posted by Unknown at 11:00