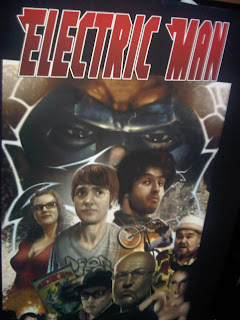 Electric Man is a new scottish independent film which featured the acting talents of Fish. In the film Fish plays the bad guy "Uncle Jimmy". Rob asked Fish what he thought of the finished film he said "its a fun wee film"