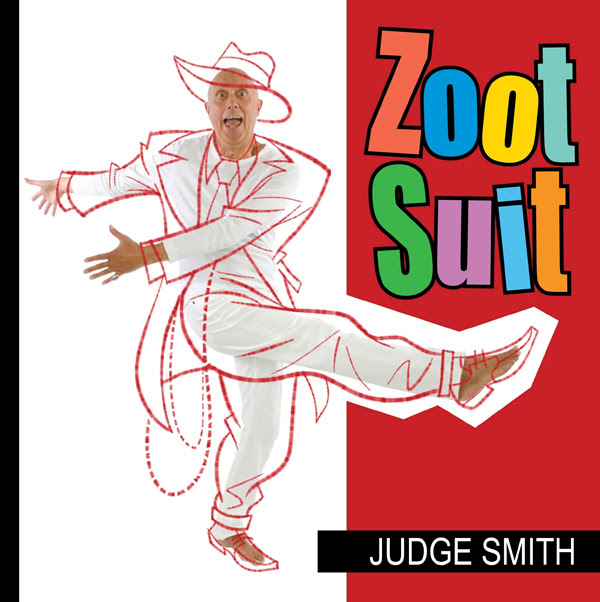 There is something particularly English about Judge Smith.  His career has taken a singular path that has very little to do with commercial considerations and everything to do with one man and his art.  I have been aware of him for decades, but it wasn't until about a year ago, when I started working for Gonzo, and received his three song stories, that I sat down and listened to him properly for the first time.

I very much enjoyed what I heard, and over the course of several long telephone calls (I won't use the word 'interview', because they were too self indulgent and rambling to be dignified with the term) I began to like him very much, both as an artist and as a person.

The most recent of the three song stories is Orfeas which retells the classical myth of Orpheus and Eurydice in a modern idiom, and does so with, aplomb, and flair.  An important collaborator on this album was David Minnick, doyen of the American ska scene of the late 1980s, who collaborated with Judge on the 'speech-music' sections of the album.  The two maverick musicians got on so well that they decided that they should collaborate on a full project together.  Judge told me all this about a year ago, and I have been looking forward to hearing the results.  On Saturday, a CD-shaped jiffy bag came through my letterbox.  I was in the process of masterminding the kids putting a new pond into what is eventually going to be my water garden, so I put the package on one side unopened, and it wasn't until later in the day that I discovered that it contained Zoot Suit - the long awaited new album by Judge Smith, produced and arranged by David Minnick.

Fast forward to Sunday evening.  I have not been well for the last few days, and I spent much of today asleep.  However, I got up at about 7:30, came downstairs, did a little bit of work, and then settled down to eat scrambled eggs and listen to Zoot Suit.  I am happy to say that the two activities actually went very well together.

This is probably the most peculiar ska-based record that I have ever heard.  Certainly the most cerebral! The opening track Weird Beard includes the line 'My baby likes Jean-Paul Satre', and goes uphill from there.  I have listened to the album twice so far, and it is still growing on me.  Historically, Ska and Bluebeat music has been to dance to; its frenetic rhythms and contrapuntal brass are not conducive to more intellectual pursuits, or indeed to make it very good 'make out music'.  At least that, is what I have always thought.  Golly I was wrong.

This album is a bubbling cauldron of delight, sparkling with so many ideas and concepts that, I have a sneaking suspicion - that like most of my favourite books, and all my favourite music - each time you listen to it you realise that there are hidden depths of sophistication that you hadn't even dreamed of before.  Trying to review it after only two listens is pretty nigh on impossible.

And as I said before, there is something particularly English about Judge Smith.  Whether it is his valedictory track The Selfish Shellfish which channels the zeitgeist of Flanders and Swann, adding an orchestration that the Beatles would have been proud of, the penultimate track which delighted my mother-in-law by name-checking Uxbridge, or my personal favourite: F*ck me shoes this album has more to do with a mythical past when England wasn't just a junior member of the EU and NATO, and British culture was something to be proud of, rather than something to be embarrassed by because it's exactly the same as the culture in a dozen different countries all controlled by the same corporate behemoths. I love it. Simon Cowell would hate it, and most of the people who watch Britain's got Talent just wouldn't be able to understand it, although they could certainly dance to it.  Can there be any higher recommendation?

Expect a proper review sometime later down the road.

PS: Dear Judge (you rotten bugger). Your extract from The Book of Hours does what I tried to do in a song called I hate Rock and Roll, but does it much better. My lyrics include the line "I hate Rock & Roll, it's stupid and it's trite and it keeps me out of bed at night/I hate Rock & Roll, I've been doing it so long that I don't think I can get it right".