Jakko Jakszyk is one of those working musicians who seems to have spent most of his career under the radar of most listeners, but his resume includes a who's-who of English pop, rock, and progressive rock. Perhaps his most high profile work has been with the 21st Century Schizoid Band, playing mostly classic King Crimson music from the 70s, but Robert Fripp tapped him for the 2014 reformation of Crimson itself. I was happy to catch Jakko in a brief period in between rehearsals for the upcoming US Crimson tour this fall.
by Jeff Melton, Published 2014-09-07 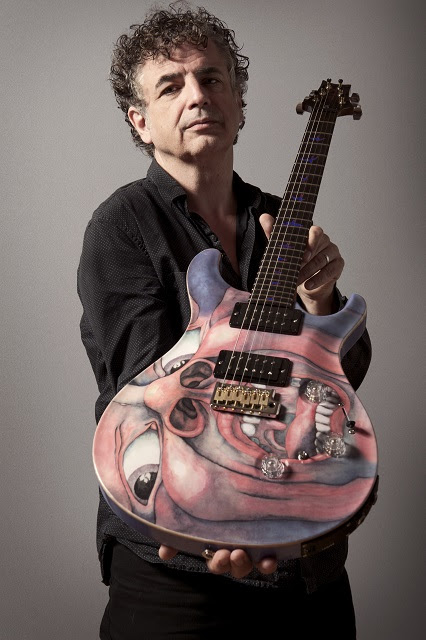 For you, what were the pros and cons of the being in the 21st Century Schizoid Band?
The pros? I would say just playing that music with the guys partly responsible for it in the first place. The cons would be the politics. The initial rehearsals were four of the most unpleasant weeks of my life as a musician. Things changed immeasurably when the late Ian Wallace joined. Then it became fun! No, there was no way that we could have continued as a going concern. What I, and Mel, would have wanted to play was a very different concept to how some of the others saw it. It was never going to happen.
How did you get the news that Crimson was a go and you were in it?
Robert called me and told me he was reforming King Crimson. Did I want to be lead singer and guitarist? I had to think about it. It took about three seconds. He told me that had I said no, he wouldn't have done it at all. He said this to all the other members too.
How do you consider your role in the new Crimson to differ from that of Adrian Belew’s? You are not necessarily a replacement...
I genuinely do not feel like a replacement for Adrian. In the same way as I'm sure Adrian didn't feel he was a replacement for John Wetton. This is a very different band. I don't feel like a front man, but a band member who sings. 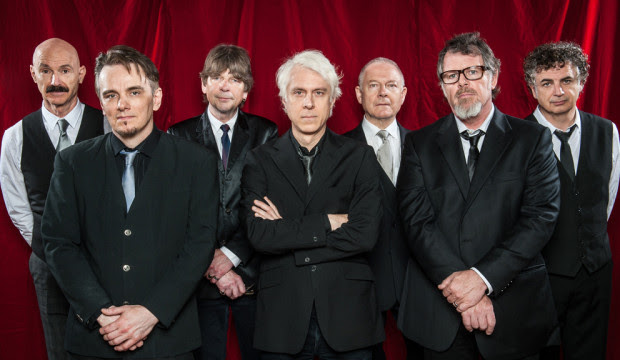 What’s it like for you to play in the back line with drums up front? Is it kind of like throwing the gauntlet down, challenging the tuned instruments to take on the percussion-based wall? How would you describe it? Having Gavin there in it is kind of blessing, wouldn’t you say?
I had my doubts about how the concept would work, and those doubts were completely unfounded. It works in a way I wouldn't have thought possible and the difficulties I imagined just didn't happen. No, it doesn't feel like a challenge. It really does feel like a band, whether playing parts or improvising. Everyone feels like part of the whole. I can't comment on what we are or are not playing, but I will say this: that Robert and I have completely re-addressed parts; we re-voiced them and re-looked at the parts as they had, on occasion, been lost and played with a familiarity (and we know what that can breed!).
Gavin is two things to me: he's one of my oldest pals but also one of my favorite drummers in the whole world. He has really worked so hard to make three drummers work by re-imagining parts into an extraordinary music jigsaw. He knows the music the inside out and everyone defers to him. My admiration for him is boundless, just don't tell him!
Read on...
Posted by Jon Downes at 12:12