Review of ‘The Riddle’ by The Gardening Club 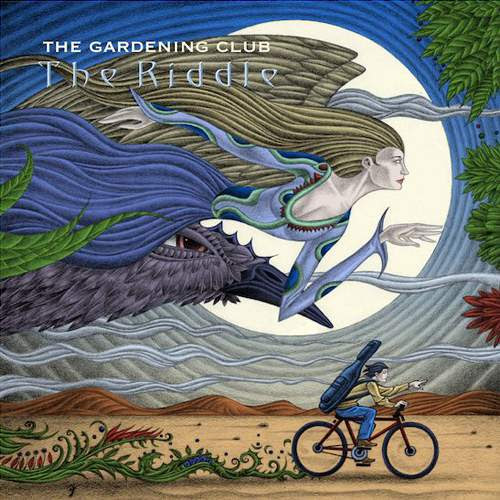 As with many classical works, which start with an overture of pieces from the forthcoming major work, The Riddle presents a plethora of tantalising musical snippets in its opening track that indicate the melodic complexities and sonic delights that are to follow. This is not, however, a classical recording. It is a part of the new face of progressive rock that at once draws upon many tropes of the progressive genre that go back to the late 1960s but still offer the listener the conceptuality, irregular metre, strong melodies, instrumental variation, and instrumental virtuosity that have become the defining points that keep progressive rock music contemporary and very much a part of the twenty first century identity of the genre.

Most tracks have rich textures of twelve string guitar underpinned by fretless bass parts, which are often reminiscent of Pastorius era Weather Report, and searing lead guitar lines. Layered vocal harmonies prevail throughout. The lyrics take one into a poetic world of whimsy that enable the listener’s imagination to be transported into several sonic spaces and to be interpreted as the listener wishes. The addition of synthesisers and saxophone only add to the richness of the overall tonality. I would be loath to compare this album to any other from the fifty or so years of progressive rock but some parts have elements of early Yes and Genesis. Equally I would add that the Steven Wilson fans will enjoy this album.

CHECK THEM PUT AT GONZO