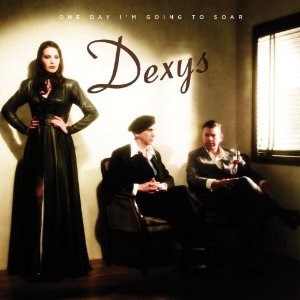 For those of us of a certain age, Kevin Rowland is undoubtedly somebody upon whom the appellation “unpredictable genius” can be justly bestowed. It has been over 30 years since the first Dexy’s Midnight Runners album, Searching for the Young Soul Rebels, burst onto the public consciousness. Right from the beginning it was obvious that Dexy’s (named after a well-known type of amphetamine sulphate) were something special. Rowland and his posse, stylishly clad in donkey jackets, thuggish woolly cap, and work boots, which made them look like they were hanging around the docks trying to punch a case of Benson & Hedges, set out their stall with a striking manifesto which channelled the spirits of Van Morrison, Otis Redding, and Magic Sam (amongst others) into an instantly recognisable and totally cohesive whole.

A couple of years later, looking like nascent New Age travellers before the term had been invented they were channelling Van Morrison again with a fiddle led slice of kosmic roots boogie, spearheaded by the almost perniciously catchy 'C’mon Eileen'. Personally I like the stuff that they did between these two albums, much of which was never recorded and is only available on bootlegs.

Later in the 1980s they produced their third, and final, album, which I loved, and everybody else hated. That’s probably not fair, because it attracted somewhat of a critical re-examination in recent years, but the change from New Age traveller to yuppie in a business suit was too much for the fan base to take. And then there has been only a few sightings to satisfy the hard-core Rowlandwatcher. There have been peculiar solo albums, at least one of which features him in unconvincing drag, and the occasional unfounded rumour in the music press. Now, at last, the rumours have been proved correct. There is a fourth Dexy’s album (the second two words of their moniker have seemed to have disappeared into the Celtic twilight). So, what is it like? Is it worth the 20-something year wait?

The headlines all read ‘Rowland does it again’, but does that mean that he has made another peculiar, but underwhelming solo album, or does it mean that – at long last – there is another bona fide slice of Dexy’s genius?

I am very pleased to say that it is the latter! One Day I’m Going to Soar is quite possibly, a masterpiece. The thing that is most obvious about it, as well as – in many ways – the most surprising is the deft light-handedness of approach. Whereas one was (or least I was) expecting a big production number with all guns blazing, a surprisingly large proportion of this album is just acoustic piano and vocals, and when the other electric instrumentation is brought in, it is done surprisingly subtly. This is a remarkable understated album and it works all the better for it. For the first time, Kevin Rowland actually sounds humble, and there isn’t a single occurrence of the swashbuckling self-aggrandisement of some of the previous records. His duets with the massively soulful Madeleine Hyland are breathtaking.

The two singers establish a real dialogue and the songs about the progress of a romance from beginning to end, from seduction to abandonment (as Stephen Troussé describes it in a recent issue of Uncut) is both touching and genuinely soulful in a way – chronicling the ordinary day by day ups and downs of what happens when boy meets girl (or, to be honest, middle-aged bloke meets middle-aged chick) is disarmingly honest. The nearest I can get is the way on her album before last Aerial, Kate Bush drew exquisite beauty from an otherwise banal chronicling of day to day events.

This album mines similar scenes of mid-60s soul-rock as does the forthcoming Carnaby Street from Michael des Barres. I wonder whether anybody else has noticed that. They are going to be the two most important albums of this summer and I urge you to listen to both of them as soon as you are able.
Posted by Jon Downes at 10:41