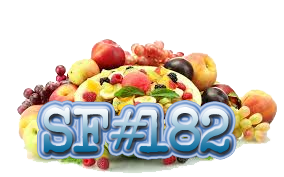 Strange Fruit is a unique two-hour radio show exploring the world of underground, strange and generally neglected music. All shows are themed and all shows set out to give the most hardened of sound-hounds some new delight to sample. The show is also unique in providing homework for undergraduate students on North West Kent College’s Foundation Degree in Professional Writing (who dig up many of the odd facts featured in the links between tracks). The show is broadcast on Miskin Radio every Sunday from 10-00-midnight.

Every other week the show is now presented by Jeremy Smith and as the two promotional pictures that he sent consisted as one of him covered in mud and the other of him covered in guinea pigs he is obviously mad as a bagful of cheese, which means he will fit in here just fine!

He writes: I’ve been a huge music fan ever since my parents bought me a transistor radio and I would listen to the sixties pirate music stations at nights under the covers. This love of live music has stayed with me to this day and I still love standing in a small club like the Borderline in London with some mates and watching a band with a pint in my hand. With the Strange Fruit radio show, I want to continue the trend of doing themed shows and playing the music I love

After the initial blaze of glory and first headlining tour, it's back into the studio with new songs.
Featured Album:  The Stone Roses: Second Coming
Tracks:
1  The Clash: Safe European Home
2  Counting Crows: Mercury
3  Syd Barrett: I Never Lied to You
4  Terence Trent D'Arby: It Feels So Good to Love Someone Like You
5  Franz Ferdinand: The Fallen
6  The Stone Roses: Driving South
7  The Stone Roses: 10 Storey Love Song
8  Bob Mould: Black Sheets of Rain
9  MC5: The American Ruse
10  Joy Division: A Means to an End
11  Linda Perhacs: Daybreak
12  Chris Moyles: Track 5 (And a Bit)
13  Guns'n'Roses: November Rain
14  New York Dolls: Who Are the Mystery Girls?
15  The Strokes: What Ever Happened?
16  The Deviants: Slum Lord
17  The Stranglers: No More Heroes
18  The Adverts: Television's Over
19  The Adverts: Fate of Criminals
20  The Stone Roses: Good Times
21  The Stone Roses: How Do You Sleep
22  Terence Trent D'Arby: Billy Don't Fall
23  Yes: Time and a Word
24  The Velvet Underground: Sister Ray
25  The Pretenders: Bad Boys Get Spanked
26  Doctors of Madness: Doctors