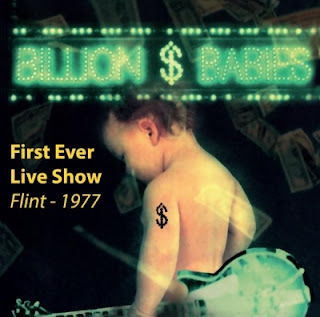 All is well, now between Michael Bruce , Neal Smith, Dennis Dunaway and Alice Cooper . The three musicians have also collaborated in the recording of some of the titles that appear on (the second CD) of the excellent double album " Paranormal " , published by Father Alice at the end of July last year. Gonzo Multimedia reminds us, however, that not everything has always been "roses and violets" between Cooper and members of his original gang.

To understand the depths of history, we must go back to the early seventies, when Alice Cooper was still the name of a group whose lead singer was calledVincent Furnier . This is how the extravagant singer was credited with the band's first seven albums, the 1969 "Pretties For You" and the "Muscle Of Love" of 1973. After the release of the latter, some tensions were appeared in the group, which, to limit the damage, had decided to take a temporary break. Some band members, such as guitarist Michael Bruce and Vincent Furnier took the opportunity to record a solo album. In 1974, Furnier had decided to renounce the patronymic of his father in order to legally take the name of Alice Cooper and it was therefore naturally that name that was released his solo album "Welcome To My Nightmare", released in 1975. The immense success of the plate had ruined all hopes of reformation of the original group, which, however, had already begun the composition of a new album. In spite of this, Bruce (guitars), Dunaway (Bass) and Smith (drums) recorded the tracks composed with the keyboardist Bob Dolin and the guitarist Marc Marconi and had published (in 1977) an album entitled '' Battle Ax ''under the name of Billion Dollar Babies (NDR  :who, as everyone knows, is the title of one of their hits within Alice Cooper (the band). The album, however, had not had much success and the Billion Dollar Babies had dislocated before being able to record a second one. According to what we have read on the web, the album has never been officially reissued in CD format. A true archaeologist of music, the English label Gonzo Multimedia has chosen, not to reissue this forgotten plate, but rather to share with us an unpublished recording of the very first concert of the group, given on July 6, 1977 in the city of Flint (Michigan). ).

Admittedly, we only had a relative pleasure listening to this "First Ever Live Show - Flint 1977". Firstly because of the sound quality which, without being quite mediocre, probably does not present Billion Dollar Babies in its best light. Then, because most of the compositions performed that night are strongly influenced by Alice Cooper's typical style at the time, and Alice Cooper, without Alice Cooper, is frankly not as good as the Alice Cooper. with Alice Cooper, if you know where we are coming from. The thing is obvious on the medley "No More Mr Nice Guy / Elected / Eighteen / School's Out" which is frankly far from making us reach the peaks of happiness to which we are subjected when we re-listen to the fantastic "The Alice Cooper Show"recorded, too, during the summer '77. Add to these small disappointments the incongruous side of the instrumental break "Nights In Cracked Leather" , in which keyboardist Bob Dolin presents more than nine minutes of a mix of peplum music and sound extravagances similar to what At the same time, Keith Emerson was proposing to ELP, which is really breaking the Rock'n'Roll mood.

A nice album, but not transcendent, reserved for collectors and lovers of ancient curiosities  !