The new Yes singer talks to Prog about current album Heaven & Earth and beyond. 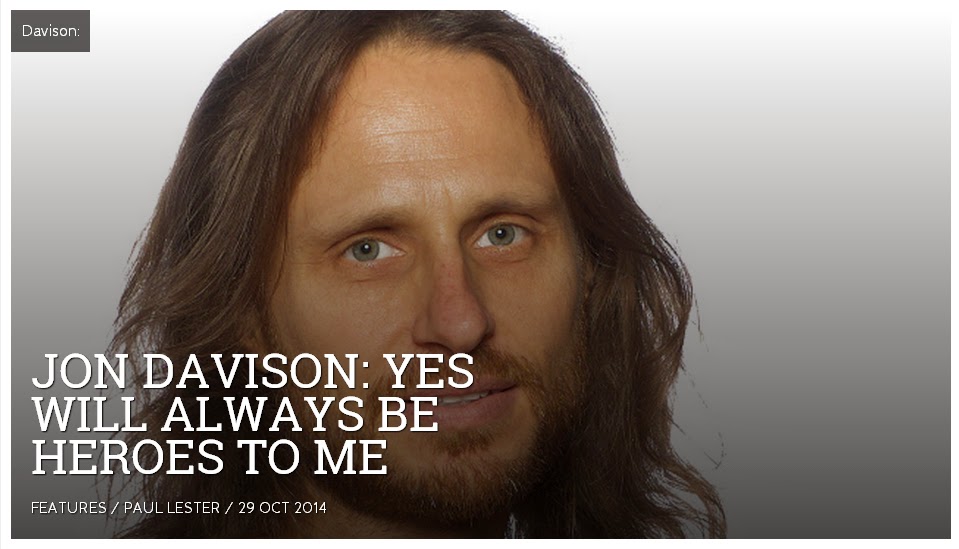 They knew about my singing Yes material in a tribute band called Roundabout. I left in 2009 to join Glass Hammer, and proceeded to do original progressive rock. Then Paul Silveira, Yes’ manager, gave me a call.
Have you spoken to Jon Anderson?
No, I never have had the pleasure of meeting him.
Would it be weird, a bit like seeing your double?
I hope it wouldn’t be weird because he’s been a hero of mine for so many years. He’s kind of a father figure.
Do you think he secretly hates you, or wishes you good luck?
Someone told me, who has known him for decades: “Jon would really like you. If the two of you were able to be together, you guys would get along.” And I’ve seen him speak favourably of Benoît David [Davison’s predecessor] and been somewhat understanding that the guys have to make a living and be out touring. So I hope he would be equally sympathetic with my situation.
Read on...
CURRENTLY AVAILABLE FROM GONZO
Posted by Jon Downes at 10:19