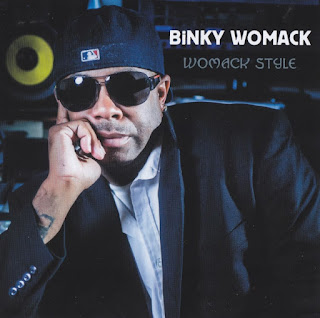 Binky Womack is a singing guitarist who presents the album of ten original songs as well as songs from the repertoire of John Mayer and Bobby Womack . The material is filled with affordable guitar playing. You will not find here guitar performances. All instruments have their own space, and therefore do not feel the domination of any of them. There is also a lot of soulful ballads, though a pity that relaxing sound of the saxophone appears occasionally. The album will hit the taste of fans of black music mixed with modern sounds. Artist respectfully treats the musical tradition, but also boldly looks to the future. Solo album is a proof of the musical talent of the artist, what should be considered a feature of the family Womacków.