Give, Get, Go: opening up film-making to the public 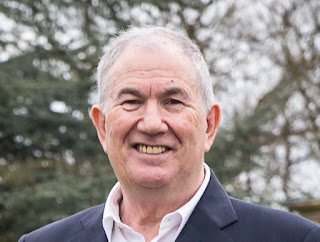 Give-Get-Go gives the public the chance to become professional film-makers for the day. Works Post caught up with Hackney-born Tony Klinger, film-maker, author and founder of Give-Get-Go, to learn more about the company’s mission to make film-making accessible to all and Tony’s experience working in the industry in the UK and Hollywood.
Amy King: I’m really interested in the idea of democratising creativity. To what extent do you think lack of access is a problem in the creative industries?
Tony Klinger: First of all I want to emphasise how much I agree with you about being interested in democratising creativity. I feel there is a major flaw in the argument people make about the democratisation of creativity. Yes, it’s easier than ever to make a record, publish a book or produce your movie. But the truth is that its still whoever owns the distribution pipe who calls the tune to the content creators.
My attitude was that the best help for creative people would or should be other creative people. I wanted to create an environment where this would be possible and because I believe in the idea formed bCreative – a virtual environment to achieve this objective. But the truth is that despite our attracting several thousand members, we discovered that almost 100% of our members kept their communications within the most narrow of definitions. Therefore scriptwriters seemed intent in only communicating with other scriptwriters and editors with editors and directors with other directors. It was to overcome this narrow vision we began a different and far-reaching review where our aim was to make it beneficial for people to interact. In Give Get Go you give ideas and time to help take projects, make them practical, and get them produced and then, because that’s still not enough, you go and place them on the market, public shows, and demonstrate your abilities as a creative force to as wide a world as possible. The major guarantee is you get help from everyone in your group and then you repay that by providing your help for their projects.
AK: Who is your typical customer? Is it primarily people wanting a new experience with a group of friends, or people considering film as a career choice and wanting to see first-hand what it entails?
TK: Anyone and everyone is a typical customer! From initial responses there doesn’t seem to be a limit to our appeal. We anticipate a big demand from kids and their parents for parties and other celebrations, but we have also had enquiries about young people who want to be actors or technicians; all comers are catered for, whether they just want to have fun or have serious professional ambitions.
Our general offer for the public is primarily three levels of basic to luxury film production available to up to 8 teams simultaneously and that will take place 3 times per day, morning, afternoon or evening sessions. Yes, that’s 24 films being made a day in addition to what we are doing for corporations or VIP’s or specialist groups! We also have a very large programme tailored for corporations or psychometric assessment programmes provided by experts in those fields. In addition there are provisions for either students or staff of educational establishments of every level and size. All of these are taking place at various venues in the very heart of England, in Northamptonshire, at one of our sites, but specialist corporations or VIPs can pick a venue of their choice.