Tony Klinger joins the Advisory Board of Artists United 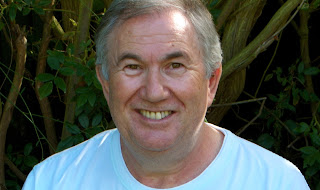 Artists United Chief Executive Holly Million today announced from her Oakland base that international Writer / Film maker Tony Klinger had joined the Advisory Board. " I am proud to associate myself to this rapidly growing organisation. It dovetails entirely with my own Community Outreach programs for the benefit of all creative people and we share the same aspirations. I very much look forward to our working together" said Klinger.

Artists United is rapidly becoming the "go to" home for the world's entire creative community and its huge growth evidences its importance. Tony continued "Ever since I formed www.thebCreativeDirectory.com I have been searching out ways we could expand our reach and this is the next step of that journey for all our members. Stand by for more exciting announcements."

Klinger and Artists United aim to align this new force with his own film making organisation designed to enable everyone to become film makers. This new organisation is Give-Get-Go.

http://www.give-get-go.com was created so that its members can be creative, have fun, and make films in less than one day.

Holly Million was quoted as saying, "Absolutely fabulous, I love it, we are so proud to have Tony on board."
Posted by Jon Downes at 12:33