BILL BRUFORD IN THE NEWS

WJBD Online
Winterfold RecordsBill Bruford is among the most respected drummers in the history of the prog-rock genre, having played with Yes, King Crimson and ... 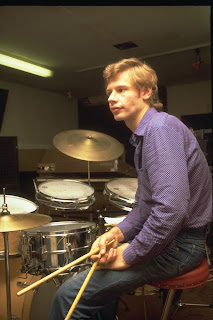 Poor Badfinger; if ever there was a pop group 'born under a bad sign' it was them. Things started off quite auspiciously. As The Iveys they signed to The Beatles’ Apple ..
Read More

As a multi-million selling recording artist with an equally impressive Olivier-Award-winning acting career, Barbara Dickson OBE has firmly established herself as one of the most enduring and popular e..
Read More

Benjamin Schmid has performed with all the world’s important orchestras, in Europe, Russia & the United States. A pupil of Stéphane Grappelli & Menuhin, with whom he made his prof..
Read More

Bill Bruford took up music and drumming at the age of 12. By age 27 his musical character had already been forged in the fiery furnace of four of the biggest progressive rock groups of the day: Y..
Read More

'Skin and Wire: PianoCircus featuring Bill Bruford play the music of Colin Riley', in which a composer supervises a jazz drummer who used to be a rock drummer playing with a group of classical pianist..
Read More

Inside the beating heart of some of one of the world’s greatest orchestras, the Amsterdam Concertgebouw Orchestra, lies a percussion section with a very individual and separate identity. The Ne..
Read More

British percussionist Bill Bruford and Dutch keyboard master Michiel Borstlap are two of the leading lights in contemporary improvised music. Since their first meeting at the Nijme..
Read More

Pete Lockett is one of the world’s leading multi-percussionists. An authority on Indian percussion and an expert on tablas, kanjira and bongos, he has played and recorded with countless artists ..
Read More

Bill Bruford’s Earthworks was for 22 years one of the longest-running and most successful of the UK-based jazz groups. Having already spent twenty years on the cutting edge of modern rock p..
Read More