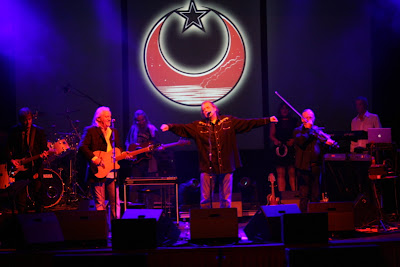 Today we present the third and final part of our interview with Roy Webber, front man of Wally and the sublime Jackson Webber.
Part One
Part Two

We continue with a discussion about the superb album by Jackson Webber:
JON: The thing that impressed me most about the Jackson Webber album, I remember reading an interview with Ronnie Lane years ago, thirty odd years ago, when he said that what he was trying to do was English country music. He didn’t like the fact that so many people even though they were English sounded American. Which you don’t.
ROY: My heroes are Gram Parsons and people like that. But you can’t be those people. In England it’s hard to write songs about places in England. You need to write songs about places in America ‘cos it seems to flow and work, and you can’t. But all my songs are very you know...I can’t write a song that’s just about nothing. It has to mean something to me, so there’s always a story behind what I do or what I write.
But I’m very fortunate, as not being a very good musician, that I’m surrounded by people like Frank Mizen and Will Jackson that on the one hand are brilliant musicians, but don’t write songs. It’s strange. So we’re doing this album now between Will Jackson, myself and Frank Mizen and the instruments that we’re using are all very acoustic, like pedal steel and acoustic piano and acoustic guitars and mandolins and stuff, and it’s got a very nice feel.

JON: When is it coming out?

ROY: Well we’re about half way through it at the moment. It’s slow moving because, you know, I’m all over the world at the moment with my business, Will is very busy with his studios so we just get together when we can, but I’ll happily send you a couple of tracks for you to have a listen to.

JON: Oh yes please because I really am a fan. Because I’m a Gram Parsons fan as well and I can feel Gram Parsons’ influence in your musical DNA

ROY: What he did, he fused it all together didn’t he?

JON: He described what he did as cosmic American music and I was wondering if I could get away with what I write about you as cosmic Yorkshire music.

ROY: Well I grew up listening to Gram Parsons, and the Byrds and very early Crosby, Stills and Nash. Personally my favourite song writer is David Crosby because my favourite all time album is If Only I Could Remember My Name by David Crosby

JON: That’s fairly close to the top of mine. I think the second Gram Parsons album and the first Flying Burrito Brothers album are mine
ROY: Yes, and it’s hard to find musicians that feel that sort of music. It’s heavily directed by myself because I feel that sort of music, and that whole influence in Wally was .. that whole sort of country side of Wally comes from.
But sometimes it just got out of hand because on Valley Gardens, our second album we did a piece of music that I had nothing to do with, but I had to go along with it, which took up almost one whole side of the album and it was contrived. And half of the band were into people like Yes and Genesis, you know that whole complex stuff of how many guitar notes you can play in a second, you know, and it was so complex that when we actually played it live, there was only about one in five times that we actually got it right and I thought to myself, why are we doing this? Music is all about feeling and just being relaxed, and letting it flow and the pressure of can we deliver this or not? So that was one of the fall outs that we had.
JON: Is there still a schism between the country side and the proggie side of the band?

ROY: Not a lot to be honest. There’s probably one or two tracks that we’ve got that we could dig out from the past. I mean it happens fairly quickly because somebody comes along with an idea and it develops. Whether or not we would do another Wally studio album or not I don’t know. Certainly another Jackson Webber one is on the way. We will certainly play some more Wally gigs and I suppose if anything came from that we would definitely do it. We’ve had opportunities to play places, it’s just pulling everybody together.
It’s not easy because the fiddle player, Pete Sage, this is a lovely story, after the last reunion gig, he went home, he had a fall-out with his wife who kicked him out. He had all his kit, his amplifiers and all his instruments and he had nowhere to put them, so he went – he lives in a place called Freburg in Germany – to a local recording studio and he said ‘Look I’m a musician and I‘ve got all this gear and I’ve got nowhere to put it. Would you mind storing it for me? You’re welcome to use it – it will just be for a short while until I get myself sorted out,’ so they said to him, ‘what do you play?’ and he said ‘I play fiddle, mandolin, guitar, bass, you know.’ And they said, ‘we’re working on a project at the moment, would you like to get involved? We’d like to audition you,’ so of course he did, and of course he‘s an absolutely brilliant musician so they took him on and they made this album and this album has gone gold – it’s knocked Madonna off the top of the charts in Germany, it’s now gone platinum, he’s a superstar in Germany where he’s doing TV shows, his made countless videos, he’s booked up for the next two or three years and he’s just gone ‘woosh’
..and that is just about it. Roy was an eloquent and entertaining interviewee, and I very much look forward to talking to him again in the future. In the meantime HERE is the Gonzo artist page for Wally, and HERE is the page for Jackson Webber. Enjoy.
Posted by Jon Downes at 17:31