LINK: Travel back to the 1970s as Jefferson Starship performs at Mount Dora Music Festival 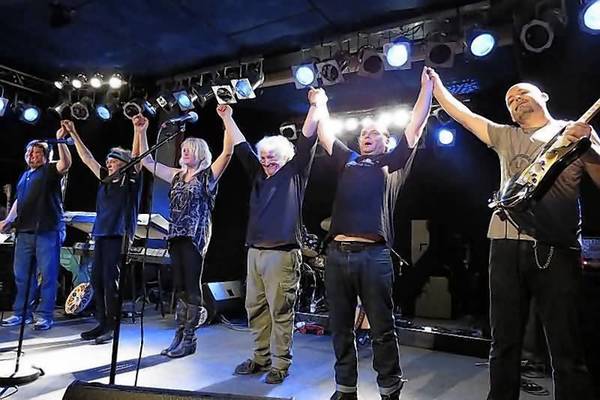 MOUNT DORA — When Jefferson Starship performs, [...] they will play "Somebody To Love," "White Rabbit" and "Count on Me" — hits from the 1970s made famous by their parent band, Jefferson Airplane.
But there is one song they say they will never sing.
"It's 'We Built this City,' " said vocalist Cathy Richardson. "We're never, ever, ever going to play that song."
The reason? The 1985 commercially successful pop song is part of the repertoire of a spinoff-band, Starship, which features one-time Jefferson Starship member Mickey Thomas.
"We try to combat the confusion between the bands on a daily basis," she said.
After all, Jefferson Starship boasts Jefferson Airplane founder Paul Kantner and original member David Freiberg in their four-person group. The ground-breaking Jefferson Airplane personified San Francisco in the psychedelic 1960s. The band was a headliner at Woodstock in 1969 and was inducted into the Rock 'n' Roll Hall of Fame in 1996.
Chris Smith plays both the keyboard and the bass. Richardson brings to the table the singing chops she earned portraying edgy Janis Joplin in the Off-Broadway musical, "Love, Janis."
Richardson said it's a pleasure to stand in for the rock queen Grace Slick and she has equal affection for Slick and Joplin.
"I have two kittens named Alice and Pearl," Richardson said, referring to Slick's "White Rabbit" and Joplin's fourth album, "Pearl."
Read on...
CHECK OUT JEFFERSON STARSHIP AT GONZO