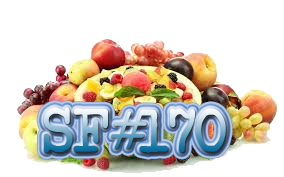 He writes: I’ve been a huge music fan ever since my parents bought me a transistor radio and I would listen to the sixties pirate music stations at nights under the covers. This love of live music has stayed with me to this day and I still love standing in a small club like the Borderline in London with some mates and watching a band with a pint in my hand. With the Strange Fruit radio show, I want to continue the trend of doing themed shows and playing the music I love.
Strange Fruit 170 - The Byrd Who Couldn't Fly
A tribute to Gene Clark who died 25 years ago this month.
Featured Albums:  Gene Clark: No Other
Various Artists: The World Turns All Around Him
Tracks:
1  The Byrds: I'll Feel a Whole Lot Better
2  Gene Clark: Tried So Hard
3  The Byrds: Set You Free This Time
4  Gene Clark: For a Spanish Guitar
5  Gene Clark: Home Run King
6  Gene Clark: Life's Greatest Fool
7  Gene Clark: Silver Raven
8  Gene Clark: No Other
9  McGuinn, Clark, Hillman: Release Me Girl
10  McGuinn, Clark, Hillman: Backstage Pass
11  Gene Clark: One in a Hundred
12  Gene Clark & Carla Olson: Fair and Tender   Ladies
13  Gene Clark: Rodeo Rider
14  Dillard & Clark: She Darked the Sun
15  Gene Clark: Kansas City Southern
16  Husker Du: Eight Miles High
17  Robert Plant & Alison Krauss: Through the   Morning, Through the Night
18  Flamin' Groovies: Feel a Whole Lot Better
19  The Lisa Marr Experiment: Los Angeles
20  Hello Saferide & Maia Hirasawa: He's the   Kind of Boy
21  The Long Ryders: Ivory Tower
22  The Coal Porters: Silver Raven
23  Teenage Fanclub: Gene Clark
24  The Impersonators: Dear Gene
25  Ep's Trailer Park: Radio Song
26  The Eagles: Train Leaves Here This Morning
27  Yo La Tengo: Tried So Hard
28  The Byrds: Eight Miles High (Live)