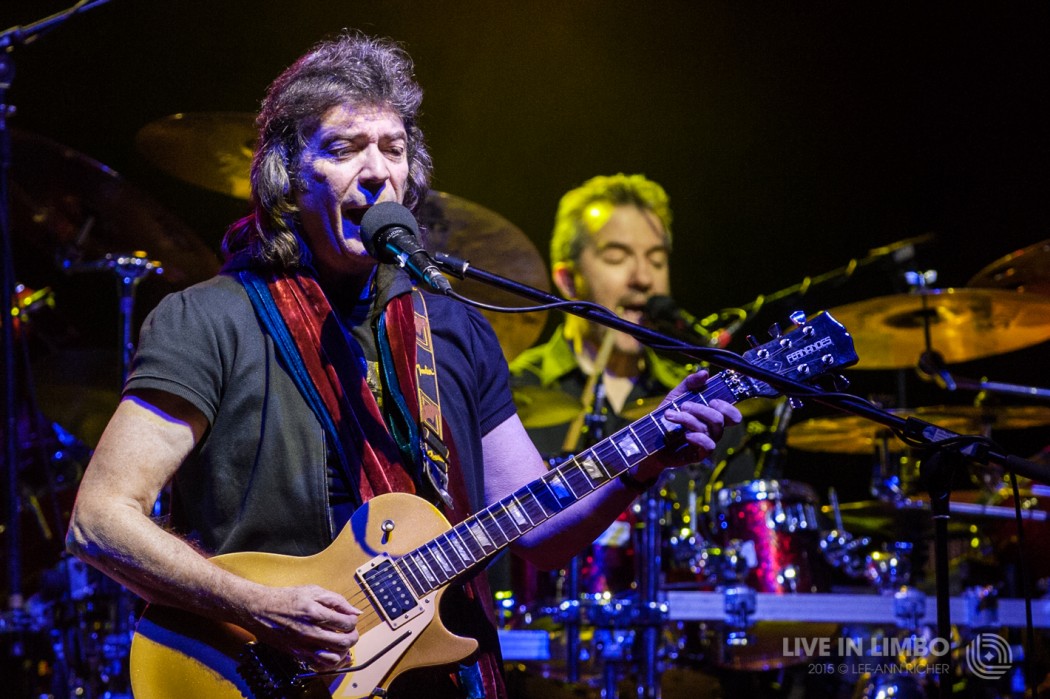 The RBS Theatre in Budweiser Gardens is a lovely venue. It has the standard exceptional Budweiser experience of a full show with grand lights and beautiful sound but also has the intimate quality of a smaller venue. There isn’t a bad seat in the house. No matter where you sit you feel like you have a near front row ticket. No seat is far from the performer.

On Saturday November 28, 2015 this performer was Steve Hackett, former guitarist (1970-1977) of the band Genesis. Singer/songwriter Hackett worked on six studio albums with the band and released his first solo album “Voyage of the Acolyte” (40th anniversary of this album) in 1975. He also co-founded the supergroup GTR with guitarist Steve Howe from YES. After leaving GTR he resumed his solo career in 1987. In 2010 he was inducted into the Rock and Roll Hall of Fame as member of Genesis.

Steve is on tour named “Acolyte to Wolflight with Genesis Revisited – The Total Experience” is to support his new album “Wolflight”, released in April 2015. We have the pleasure of having this guitar icon in Canada for four dates after which he returns to the USA. Speaking of the USA, my wife and I (who was photographing the show) had heard there were a number of fans up from the states. Walking through the parking lot we noticed license plates from Pennsylvania, Michigan, Missouri, New Jersey and Illinois.

The show started at 7:30 which seemed early at first. However we soon found out this early start was needed as the show was just shy of three hours! It included two sets, intermission and encore. What a musical feast! Steve Hackett falls into the bracket of some of the other large groups who want to give their dedicated fans a show of 300%.

CURRENTLY AVAILABLE AT GONZO:
Posted by Unknown at 10:00