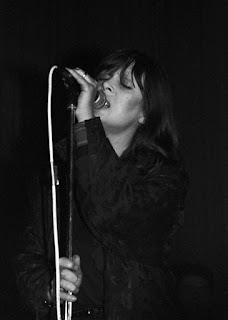 JAMES YOUNG: SONGS THEY NEVER PLAY ON THE RADIO
11/09/2016
tracks:
Songs They Never Play On The Radio
Breathe For Me
Down By The Wannsee
The Door
BurnAway
She's In My Eyes
Planète Poussière
The Cigarette Ends
Listen To The Rain
Exploding Plastic Inevitable
Curious
Dog
My Funny Valentine
Record label
Gonzo Multimedia
label number
HST346CD
Distribution
Gonzo Distribution
Promo Agent
Glass Onyon PR
Artist website
Gonzo Multimedia
The Faction was the backing of Nico, you know, the beautiful singer of Velvet Underground who died in 1988 on Ibiza in a bicycle accident. James Young was quite some time writer and keyboard player with the band and even lived for some time with Nico on a flat in Brixton. The death shocked the world and James Young harder. He wrote it off in the memoir "Songs They Never Play On The Radio" which was published in 1993 and "Music Book of the Year 'was. A year later appeared over the album with songs that life and illuminated with Nico, from their first meeting until her unfortunate death.

Gonzo Multimedia take care of the re-issue of this extraordinary 1994 album that is a must in any collection. Catchy songs, completely in the style of Nico, call melancholy and tragic events in the life Nico and James Young. Of course, there hangs a sort of gloom about the music. The loss of icon Nico was for many than too unbearable.

With The Faction was James Young also been responsible for many songs, gloriously sung by Nico. In 1985 she published her last album Camera Obscura. Nico's life was not as glorious as many think: German soldier father, difficult childhood in post-war Berlin, raped as a teenager, later heavily addicted to heroin.

That naturalistic atmosphere oozes' Songs They Never Play On The Radio. In "Breathe For Me 'you can hear clearly the ventilator unit where her son Ari ever faced. What Nico ever wanted to use as the basis for its own song. "She's In My Eyes" tells of Nico encounter with Andy Warhol, Nico's voice is sampled on the background? My Funny Valentine is not the work of James Young but was Nico's favorite encore and was therefore not fail to finish on this album.

James Young understood and Nico was allowed, despite its flaws. Of course, you get to know someone until you are long familiar handles. "Songs They Never Play On The Radio 'at the time was a nice addition to the revealing book. The CD gives a very good picture of Nico's environment and its genre.
Line-up:
James Young (Vocals, Keyboard, Trumpet, Piano, Synths, Melodica, Percussion)
Henry Olsen (Guitar, Drum on 2)
MacGillivray (Lorelei Vocals on 3)
Donna Mann (Ethereal Vocals on 5)
Andrea Hopkins (Soft Rain Vocals on 9)
Serdons Marino (4)
The tragic, the tenderness, the lyricism ... .the beautiful songs of James Young; a tribute to Nico of Velvet Underground. Wonderfull!