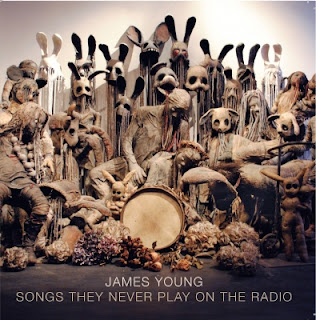 British musician and author James Young is getting his "Songs They Never Play On The Radio" album reissued through Gonzo Multimedia. Fans will remember Young as a member of the band, Faction along with Nico from the Velvet Underground. After Nico's death in 1988, James Young wrote a book about their adventures together and one year later released the album. It features Young performing mostly solo as companion piece to the book and includes excerpts of Nico talking as Young uses her voice within many of the songs. Highlights of the album included the spoken poem of "Down By The Wannsee," the dark folk-rock delivery of "Burn Away" and live versions of the piano ballads "Dog" and "My Funny Valentine." To find out more about the new reissue of James Young's "Songs They Never Play On The Radio," please visitgonzomultimedia.com.