ARCADE FIRE: I hope that I don't come over as being too bitchy 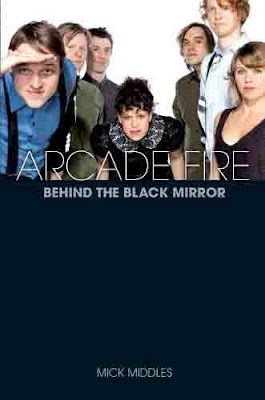 Have you ever found yourself in the position of being alone in a crowd? I will give you an example. Back in 1989 (or was in 1990?) I went to see Bob Dylan at the Wembley Arena. It was one of the relatively early dates on ‘Never Ending Tour’, and he was bloody magnificent.

Or least I thought he was.

There were, I believe, 80,000 people there. 79,999 would cheer every time His Bobness played a harmonica solo, or sung a massively mangled version of one of his best known songs, which was almost unrecognisable. 79,999 people loved it. My ex-wife sat there looking bemused and ever-so-slightly bad-tempered, just not getting it. I have recently found myself in this same position.

Five or six years ago, a seven-piece Canadian band called Arcade Fire hit the headlines. They were fêted by the likes of David Bowie and that bloke from Talking Heads whose name I can never remember. Everyone liked them. And so I went out and got their debut album ‘Funeral’. Okay, to be honest, I actually downloaded it from a now defunct P2P network, but I soon wished I hadn’t bothered. I didn’t get them at all; I listened to the album several times doing my best to like it, but I didn’t, and so I deleted with no regrets. (By this, of course, I mean that I had no regrets about deleting it, not that I had also deleted the 1975 album by the Walker Brothers, which I think is really rather smashing).

A couple of years later, and along came Arcade Fire’s second album. It was called ‘Neon Bible’ and I actually mildly enjoyed this one, but – again – not enough to keep it. And there the matter rested.

Those jolly nice people at Omnibus Press have got into the habit of sending me the latest rock biographies to review for this column. In recent weeks I have had a biography of Sparks (which I reviewed a few weeks ago), a biography of Patti Smith (which I am very much enjoying, and which I will review on these pages sometime within the next week), and a book called Arcade Fire: Behind the Black Mirror by Mick Middles. It is very expensively produced, with full colour pictures and a nicely semi-laminated cover. I am sure there is a technical term for this; where the picture at the top of the over is laminated, but the black bit with the writing on below is matte, but I don't know what it is. It is nicely laid out, with footnotes and an elegant font face. But, sadly, I found it hard going.

(I don't want to be accused of overkill, and I have been responsible for my fair share of typos in the past, but in one place on the book the band are called 'Arcade Fore' and in another the date 1994 is used for an album release rather than 2004)

This is not just because I did not like the subject matter – I have read biographies of people who didn’t particularly interest me, but which I found fascinating just because it was so well written. This isn’t one of them. It is written by someone who is obviously a perfectly accomplished hack journalist, and as I am a perfectly accomplished hack journalist, and it takes one to know one, I don’t feel that I am being even the slightest bit insulting in describing Mr. Middles as this. He is obviously a fan of the band and he enthuses about the songs.

The bits he writes about Win Butler’s ancestors particularly Alvino McBurney who was one of the pioneers of the electric guitar is absolutely fascinating. The stuff he writes about the current line-up of the band is less so. He is a fine storyteller, and a lot of the time manages to keep the narrative pootling along nicely. However, when there is a gap in his inspiration he has a tendency to retreat into pretentiousness; a bit like Arcade Fire really.

I tried to listen to the band’s third album whilst reading the book. I am an author myself, and have suffered from my fair share of bad reviews, and I desperately wanted to like the book, and to like the band. But I didn’t, and I can’t – and won’t – pretend that I did. Maybe it is because I am rapidly becoming an old git. But I doubt it; there are plenty of contemporary musicians, young enough to be my children, that I find vibrant and exciting. But maybe it is me. Or maybe it is just that the band are dull and over-rated, and that no writer can make that much of a silk purse out of that much of a sow’s ear. I remain unconvinced.
Posted by Jon Downes at 15:59