JEFFERSON STARSHIP AND ROB AYLING GO TO A BALL GAME 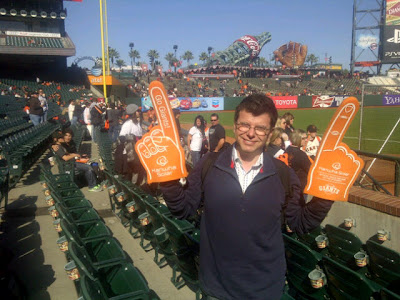 I got an email early this morning from Rob Ayling including these pictures and the following blurb, of which I have only changed the first word, because these events happened on Saturday...

Yesterday, Jefferson Starship headlined the pre game entertainment at the San Francisco Giants baseball game. In front of a capacity crown at the AT&T stadium in Downtown San Francisco.

The band did a three song set including their all time classic "White Rabbit"and performed the national anthem. Gonzo supremo Rob Ayling really got into the spirit of things (as you can see on the photo). Even though it was his first 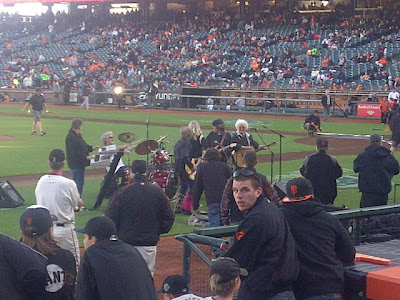 Baseball game and he still doesn't understand the rules despite being told them repeatedly.

I have always had a soft spot 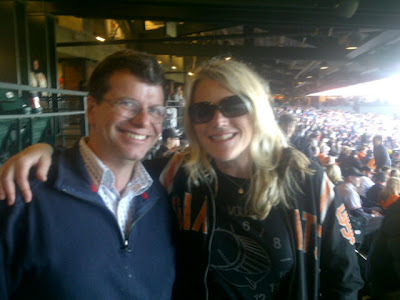 for Jefferson Starship and Jefferson Airplane, but I have to admit that I haven't heard anything from them in years. So I checked out the current lineup on Youtube, and by golly they are impressive.

Look at this video of them doing White Rabbit earlier this year. Cathy does a bloody convincing performance. Now I have two conundra ahead of me. Firstly, how am I going to get them to come and polay a gig somewhere in North Devon, and secondly, where did I put my copy of Blows against the Empire?...


Check out the Gonzo Jefferson Starship page for all sorts of goodies...
Posted by Jon Downes at 11:18