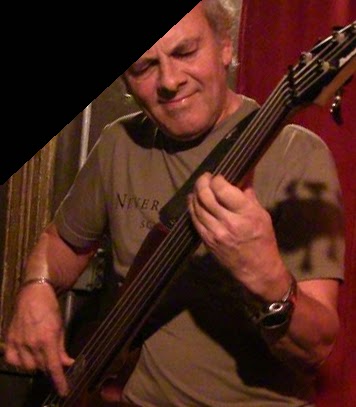 Former Brand X bassist Percy Jones had recorded his first solo album "Cape Catastrophe" 1988-1989 in New York, where he stayed for several years. The material was first published in 1990. In November 2013 Gonzo Multimedia has released a CD reissue, in which the buyer on bonus tracks, remastering, and the like have to do without. For the specified digital mastering took place in Ludwigsburg already about 1990.

Jones used for his shot in solo music equipment, provided modern, or even futuristic sounds after view at that time. Among them were a synth from Casio, a sequencer and a Roland drum machine from Yamaha. The sound is not just refined over coming, but rhythmically quite creative used in the better moments drum machine usually accompanied together with the distinctive fretless electric bass of Percy Jones, the various samples and fragmentary ideas, do not let the necessarily know the famous red thread. Also, of the arrangements here this results in a very getting used music in which one can discover interesting details with a little good will. Sometimes happens with what is offered as an avant-garde-inspired and realized with a smaller budget development of the music that Herbie Hancock produced a few years earlier by Fairlight computer. Jazz-rock, reminiscent of Weather Report about moments on "Cape Catastrophe" also, although not very often.

Besides the numerous gadgets with samples Jones can be heard every effort to produce funky grooves and weave little melodies. Very well, this is clearly for example in "Slick" where the melody leading bass guitar replaced together with keyboard-like chords and guitar synth sounds hectic between radio-avant-garde and conciliatory, reminiscent of former music soundtracks.

Maybe it is a good time to think about why our brains while others classify certain sounds as pleasant and stimulating and very exhausting. All just a matter of habit, how may I notice after I've played "Cape Catastrophe" for the umpteenth time. That sucks less and reappears a piece more interesting. It is clear that one has to switch listening habits to the album abgewinnen good pages.From the "real and true" instruments, there is only mentioned here, namely electric bass to hear, after all, was played live in the studio. Everything else on the CD is perceived by most now likely to be a very strenuous attempt to deliver in the late 80s, oblique and experimental instrumental music, which may sound a bit strange over 20 years later, at least initially. For "Symphony in F Major," even classical themes (Thomas Arne) were a mess.

Perfectly timeless this music is more likely to not and therefore might be compared with the so-called sci-fi flick from the 60's that have attempted to portray the world as it might look like in 50 or 100 years.

If one's listening habits, such as may suppress the sounds of traditional instruments sometimes short, you may not want to blaspheme at "Cape Catastrophe" is a prophetic album title. If you can put yourself in that time, you will be able to understand it may, how original, joyful and futuristic experiment, the disk might have worked about 1990. Well then, listen to the time machine from the basement, fire up and "Cape Catastrophe" abgewinnen good!