A CENTURY OF MAGICKAL DRUMMOND 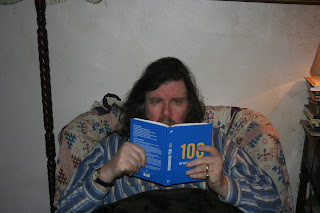 I have spent much of the last 30-odd years, and believe me, odd is a pretty good way of describing much of what has transpired in my life, working within the field of art and science. I don’t like describing myself either as an ‘artist’ or a ‘scientist’, but if an ‘artist’ is ‘someone’ who does ‘art’, and a ‘scientist’ who does ‘science’, then I suppose I have been – and continue to be – both.

But there is an esoteric grey area where art and science meet.  This is called magick.  Magick is the idiot bastard son of art and science; a discipline resulting in an esoteric brew of ritual, theory, practice and belief. If a ‘magician’ is someone who does ‘magick’, then – although I would never deign to call myself a magician – I know, and have known, quite a few people who are.  A magician whom I have never met, but who, ever since I was given a bootleg tape of 1987 What the Fuck is Going On? in the year it was released has been, if not an influence on my life, most certainly a mirror into which I peered, is Bill Drummond.  For Bill Drummond is most certainly a magician.

What?  Bill Drummond?  You mean that annoying bloke who did that bloody awful Dr. Who novelty song with Gary Glitter Before the Fall, had a few hits, threatened to cut his hand off on stage at The Brits, but ended up just dumping a dead sheep and a bad pun on the dorrstep of the hotel where the Apres Show  party was held, and then went off and burnt a million quid?  Yes.  That Bill Drummond.  He is most certainly a magician.  Leaving aside the fact that the very creation of music is a spiritual, if not a magickal, act upon itself, something which – I suspect – Gonzo Daily favourites like Michael des Barres will be the first to admit, what Drummond does, and I suspect always has done, is far more conventional magick (if that is not an oxymoron).

His recent work with a choir that only a choir themselves can hear is classic formative thaumaturgy. It is creative ritual of the highest order as well as excellent art.  Other of his recent work is essentially geomancy, and if – as I have done – you read his written works over the years, much of what he has done including during his glory days in the hit parade with the KLF have been much of the same.

Recently he issued two limited edition books.  One is called Ragworts and I can’t tell anything about that because it is so limited an edition I haven’t been able to get hold of it ….. yet.  But the other book 100 (which I did manage to get hold of) is yet another extraordinary edition from the Drummond canon.  Like many artists, Drummond says that he has come to find the routine of interviews and publicity which has become the des rigueur within all media, and to which - although I try to play games with form and play around with composition ideas – I have to admit that I have been contributing to a greater or lesser degree for the past three decades or more.  So he decided to try to reinvent the concept of the celebrity interview.  He made it known that he would be interviewed by anyone as long as they followed the following criteria:


The results are fascinating, intriguing, often irritating and veer between aesthetic and self-indulgent – in short everything that one has come to expect from Bill Drummond and his art in the 25-years (yes, count them) since All You Need is Love and Don’t Take Five, Take What You Want.

I really cannot recommend this book highly enough.  If you only buy one book this year make it this one.  It is available online if you look hard enough. I am not going to tell you where to look because that would be against the rules, and magick - like science, and unlike art - is all about rules.
Posted by Jon Downes at 07:05