BOB DYLAN: Yet who would have thought the old man to have had so much angst in him? 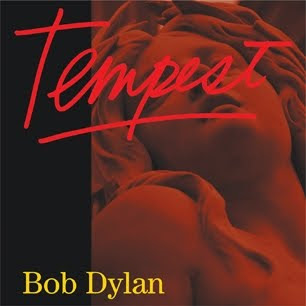 This is not the record that I was expecting. It is much much better and much much nastier. The project apparently started off as a religious album, but morphed into something completely different.
The opening track Duquesne Whistle sucks you in gently. On first listening it appears to be another one of Dylan's 'roots' songs which have graved every album for the last 12 years since 2000's Love and Theft, but when you look harder, like so much of this album, it is much weirder.
For half a century when Dylan decides to, he can produce some of the greatest music every produced within the rock and roll idiom. He has the ability to tell a story which is so enigmatic it has a hundred different interpretations. My favourite song on my favourite of his albums is 'The Ballad of Frankie Lee and Judas Priest' from John Wesley Harding, and 45 years after it was recorded (and 32 years after I first heard it) I have no idea what the song is all about, and I have a weird suspicion that this new album is going to be much the same. The whole album, whilst being - on the face of it - a series of stories, is actually something completely different.
On 'Scarlet Town' for example he revisits the old song 'Barbra Allen' that he first sang on one of his earliest records, warps it and turns it into an apocalyptic dirge in a minor key. I use the word 'Dirge' advisedly, because it is the song of the same name on Planet Waves which is its nearest stylistic cousin within the Dylan canon.
Most reviewers have picked up on the 13 minute title track which is about the sinking of the Titanic, and the wry comment on the nature of reality made when Dylan introduces Leonardo de Caprio into the narrative. But as far as I can see no-one has picked up on why Dylan has picked up on the 100 year old trajedy as a subject for his most epic song in years. My interpretation of events is that this is a final homage to Woody Guthrie who wrote his own Titanic song in 'It was sad when the great ship went down` (which, incidentally, got my neo-fascist father to complain to the Bideford Schools Authority back in 1975 when he found my brother singing "such a communist" song).
I say a 'final' homage to Guthrie. This is not to say that this is intended as Dylan's final album. I don't think it is. There has been a lot of speculation that because The Tempest was the last of Shakespeare's plays, that Tempest is planned to be the final Bob Dylan album.
Dylan told Rolling Stone:
"Shakespeare's last play was called The Tempest. It wasn't called just plain Tempest. The name of my record is just plain Tempest. It's two different titles."Paul McCartney had much the same air of finality with his most recent album of original material Memory Almost Full. I think that neither of these titans of popular music are planning to quit. But they must both be aware that the tides of time are running out, and that although they may plan to live forever, they probably won't, and that every album might be their last, so each one has the air of a last will and testament about it.
I hope that Dylan will continue recording for many years to come, but if the unthinkable should happen, this record will make a fine and fitting valedictory.
Posted by Jon Downes at 20:40