So what can a poor boy do, but sing in a rock and roll band? 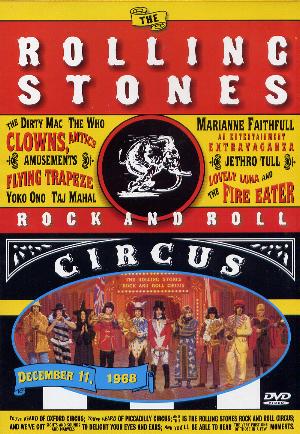 I have spent much of my professional life over the past two or three decades trying to solve mysteries.

When I tell people that I am a cryptozoologist they immediately think I spend months at a time trekking through the Himalayan foothills in search of the yeti. This, despite the fact that I can hardly walk, and I have a hard enough time trekking through the foothills of the Asda off-license aisle. Actually, although there are people in my organisation who do that sort of thing, the stuff that interests me are the tincy-wincy little mysteries about which few people have heard, and even fewer care.  Things like, what were the bright red vipers found in parts of   during the 19th Century?  Is the large tortoiseshell butterfly still breeding in despite having been supposedly extinct in the country for 50 years? And how do tiny freshwater jellyfish turn up in a canal near ?  Such questions are fascinating to me although I would be the first to admit that they are of no importance whatsoever to the lives that most people, including those who take quite an interest in the natural world.  But they are fascinating to me, and – I have to admit with a blush – that there are similar mysteries amongst the minutia of the rock and pop culture that I write about each day in these pages, that I find equally fascinating.

Let me give you an example.

Last night, my poor long-suffering mother-in-law and I watched The Rolling Stones Rock and Roll Circus on BBCiPlayer.  OK, I should probably qualify that a little: I watched it, and my poor, dear mother-in-law endured it while playing with the cat.  I was feeling particularly psychotic yesterday, and as always, rock music is one of the few non-chemical palliatives that actually works under these circumstances.

I had seen it once before (the official version, that is).  It was on television one Christmas some years ago when I was stoned and feeling sorry for myself and in the process of having a bitter argument with my soon-to-be ex-girlfriend.  Not, I am sure you will agree, the optimum circumstances under which to absorb a pivotal moment of rock and roll history. And pivotal it certainly was. In December 1968 the Rolling Stones, together with John and Yoko, The Who, Jethro Tull, Taj Mahal, Marianne Faithfull, and famed classical violinist Ivry Gitlis, and a selection of circus performers from Sir Robert Fossett's Circus with an audience consisting of a bunch of off-duty nurses and members of the Rolling Stones Fan Club were filmed by director Michael Lindsay-Hogg.  Lindsay-Hogg was, by the way, the most famed rock and roll film producer of the time, having also filmed The Beatles’ Let it Be.

The film was never released because, allegedly, Mick Jagger didn’t like the Stones’ performance. The only thing ever to be released officially was The Who’s performance of A Quick One (see my recent blog posting on the subject) which was included in Jeff Stynes’ remarkable 1979 documentary The Kids are Alright.  Bits and pieces of the performance appeared on bootlegs over the years, and I managed to obtain quite a few of these.  It was described in depth in David Dalton’s book on the Rolling Stones and Dave Marsh’s Before I Grow Old.  Last night I watched the official version in detail for the first time and quite a few queries have arisen.

For example, Brian Jones was supposed to have been so completely non compos mentis that he was only given one line of dialogue, introducing some clowns.  But this didn’t appear anywhere in the film, although I remember it clearly from at least one of the bootlegs.  This makes me wonder whether the version that finally appeared in 1996 was, indeed, the same version that Michael Lindsay-Hogg had edited back in the day. If it was re-edited, then why?

The inference has always been that Mick Jagger had not allowed Jones more than that one line of dialogue because he was a complete liability, but in the film the only members of the Rolling Stones to have any dialogue at all are him and Keith Richards.  There has never been any suggestion that Messrs. Wyman and were hors de combat and indeed they both play magnificently throughout, but they had no dialogue either. From where I am sitting it looks more as if Mick and Keith were hogging the limelight and were merely relegating Brian to part of the backline.
Whilst on the subject of Brian, the accepted wisdom was that by this stage in the proceedings he could hardly play.  But his slide guitar on No Expectations was perfectly competent and no shakier that some of Keith’s guitar playing on other songs. During the sing-a-long finale, far from being introverted and withdrawn, he seemed full of high spirits.  Were the accounts of his deteriorating mental state written with hindsight after his tragic death only seven months later?
But the biggest enigma to come crawling out of the woodwork and wave its arms at me involved John Lennon’s one-off supergroup.  They did two songs, the second of which was a twelve-bar jam featuring Yoko and Ivry Gitlis.  It has always been credited as being called Whole Lotta Yoko.  Like everyone else, I imagine, I had assumed that this was a joking reference to the seminal Led Zeppelin song Whole Lotta Love. However, the album on which that appeared (Led Zeppelin 2) wasn’t released for another year, and as far as I am aware didn’t appear in the Led Zeppelin stage set until the summer of 1969.  So, it looks like my original hypothesis is complete nonsense.
So, where did the name come from?

My lovely wife suggests that ‘whole lotta love’ was just a phrase in the then current vernacular, which was picked up on by both John and Yoko, and Jimmy Page et al


There are two other minor mysteries.  I have read that Ivry Gitlis did a solo performance of a classical piece which, when truncated, provoked vehement protestations from Yoko.  Did this ever happen?  It certainly didn’t appear in the film or in any of the bootlegs that I remember.  And finally, the sing-a-long finale of Salt of the Earth was done to a pre-recorded backing track, which I think is the one from the Beggar’s Banquet album.  However, on the final credits, there is a section of the same song with markedly different sound quality and in a different key.  Where was this recorded?  And why were two versions used?

Well, boys and girls, I’ve got all that off my chest.  I hope you don’t all think that I am a tremendously boring pedant.  After all, none of this is actually particularly important, but it keeps me off the streets.  If any of you have any answers to this, please email me at jon@eclipse.co.uk