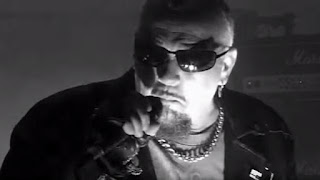 Artur Chachlowski , 08/01/2017
If someone did not know at the outset a brief reminder: Al Atkins is a singer working in the first incarnation of the group Judas Priest (in 1970-1973). Late last year, Gonzo Multimedia record label, the album Fri. "Reloaded" is a collection of newly recorded, with the participation of, among others, Ian Hill (bass Judas Priest), Ralf Scheepers (Primal Fear), Roy Z, Paula Maya and other musicians, the most important works from forty years of his career. On this album we find both compositions from the repertoire of Judas Priest (including "Victim Of Changes" with memorable album "Sad Wings Of Destiny"), and his later bands Lion and Holy Rage. One answer: a compilation review of its rich long-term achievements.
"Reloaded" is an album just in time for the organic heavy metal fans, and for fans of Judas Priest in particular. As a bonus they will find on it never previously unreleased early demo Judas Priest starring KK Downing and Ian Hill as the song "Mind Conception '.
"Reloaded" is strongly electrifying position for followers uncompromising heavy metal. Album a man who, despite his age, rather pointing to retire (Al recently entered the 70th year of his life) still has one of the strongest voices of classic metal. Does this album was to be his musical testament? I hope not, because the form in which Al Atkins has found itself should think that we can expect from him again many interesting new recordings.