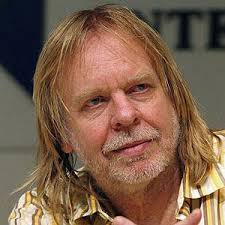 Rick Wakeman, the former Yes keyboardist, has now decided that he will attend the upcoming induction ceremony for the Rock And Roll Hall Of Fame. He had released a statement on his official site earlier this week stating that he would not attend, but has had a change of heart after the Hall announced that it will pay special tribute to Yes bass player and founding member Chris Squire.

Wakeman has now stated on his official site that, "I am very pleased to announce that as the Hall of Fame have now agreed to present Chris Squire's wife with a posthumous award acknowledging his massive contribution to Yes, I have agreed to attend the induction ceremony in New York to both stand proudly with my fellow bandmates Jon [Anderson] and Trevor [Rabin] and also to watch Chris's wife, Scottie, collect this well deserved award on his behalf."

Richard Christopher 'Rick' Wakeman (born 18 May 1949) is an English keyboard player and songwriter best known for being the former keyboardist in the progressive rock band Yes. He is also known for hi..

Richard Christopher 'Rick' Wakeman (born 18 May 1949) is an English keyboard player and composer best known for being the former keyboardist in the progressive rock .
Posted by Jon Downes at 14:07