A WORD TO THE WISE 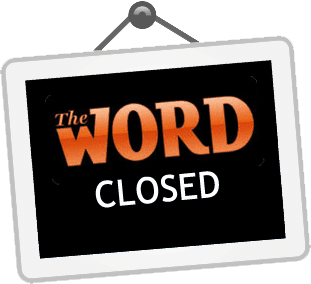 So, The Word has finally ceased publication after the best part of ten years. It was probably my favourite magazine, although in recent years it had become slightly smug and less exciting than it used to be. I don’t know if it is just me getting weirder as I get older; I don’t think so. But the magazine said less and less to me about my life (I tried very hard to put a Smiths’ pun in there, but ended up giving up as a bad job). It said a lot to middle aged men who had fairly ordinary jobs, but might take their family to a rock festival once or twice in the summer, but very little to someone who listens to Comus and introduced his twelve-year-old nephew to Wild Man Fischer.

But, it was good while it lasted, and I am sad to see that there is one less thing of interest on the news stands.

In his valedictory editorial, Mark Ellen noted that one of the very real contributory factors towards The Word’s demise was the decline of traditional media, and implied that the rise in electronic publishing may well have sounded the death knell for the poor old Word.

There is, however, a very real gap in the niche market (in non-traditional publishing) for a publication aimed at people who still, despite their advancing age, have wild staring eyes and believe that while love may not be completely all we need, that if we chant loud enough we might be able to stop it raining. You know - like the Gonzo Daily, but expanded a bit. Someone ought to start a magazine like this, and I have a horrible idea that despite everything else that is on my plate, that somebody will probably end up being me.
Watch this space.