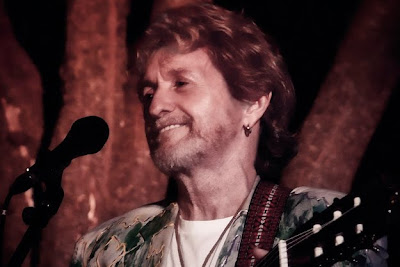 Although he’s currently busy performing as a solo artist, former Yes vocalist Jon Anderson can still see the possibility that he might reunite once again with his former group someday.

He told Classic Rock that “something could happen,” referencing his old bandmate Chris Squire, who “keeps saying, ‘the door isn’t closed,’” to which Anderson says “I say the same.”

While he’s in very occasional contact with some of his former bandmates, he allows that it isn’t necessarily warm and fuzzy. “They get on with their lives, I get on with mine. There’s no point pretending we’re all mates.”

In the meantime, he continues to push forward with his solo work, revealing in a new press release that he’s currently working on a follow-up to the epic 21 minute piece ‘Open’ that he released digitally last year. “Music is constantly happening all around me. I’m busy working on ‘Ever’, [which is] part two of my journey into the longer form music I love to create.”

Read on...
Check out the Yes's artist page at Gonzo
Check out Jon Anderson's Gonzo Artist Page
Posted by Jon Downes at 00:27