COMUS: Out of the coma 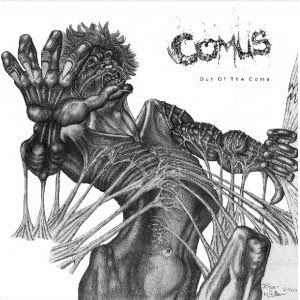 The history of rock music is full of stories of tragedy and remarkable come-backs wherein a luckless protagonist appears to snatch victory from the jaws of defeat and make a noteworthy come-back years after he or she was written off.

Perhaps the two most notable of these involve the same person; Brian Wilson. The story of how the Beach Boys leader went spectacularly insane in the mid-60s and spent the next 20 years in the wilderness before controversial psychoanalyst Eugene Landy saved him/bullied him into submission (whichever version of the story you wish to believe), is a well-known one.

The way that Wilson’s lost masterpiece Smile was resurrected, re-recorded and finally released thanks to the administrations of a bunch of Wilson fanboys called The Wondermints is equally well-known. I was listening to their version of Smile this morning; it is a beautiful summers’ day and it provided the perfect soundtrack. Whatever the relation of the precise relationship between Wilson and the band, the album is a masterpiece, and I am happy that they did it.

Other lost souls didn’t make it. The death of Syd Barrett six years ago, only confirmed what we knew anyway – he was never coming back, and I’m sure that I’m not the only Beatles fan who, on hearing the dreadful news in December 1980, felt guilty that one of his first thoughts was that Lennon’s death meant that the Beatles would never reform.

However, there are other success stories apart from that of Brian Wilson. Comus were formed in the early 1970s, around the peculiar visions of Roger Wootton. Their debut album First Utterance was one of the most gloriously unsettling pieces of acoustic folk/prog that one could ever imagine. Think what The Waterboys with Gollum on the vocals would sound like if they had been produced by Genesis P. Orridge. Then you might have some minor inkling. Their song 'Diana' is one of which I am particularly fond and I have stolen it several times over the years to use in my own neo-Fortean film projects.

A few years later came the second album To Keep from Crying which had some pretty good moments, but was nowhere near as impressive as the debut. The band split up and was forgotten by everybody apart from the likes of yours truly.

About three years ago I had a ‘phone call from an old friend of mine. I wasn’t going to believe what he had to say, he said. Comus are back, and furthermore unlike certain bands we could mention who “reform” with a bunch of session musicians who weren’t even born when the band was first conceived, and one of the old guitar roadies joining the original drummer, they had the original line-up from First Utterance.

Then, a few weeks ago, I was sitting in my favourite chair with the orange cat on my knee, and I was reading The Word. I saw a piece of news that made me nearly jump out of my seat in glee, prompting the orange cat to give me the sort of nasty stare that I usually only get form my wife when I have done something particularly opprobrious, or my youngest step daughter when I say something that she considers points to me being just a tedious old hippy who is somewhat of a social embarrassment. Not only were Comus back on the live circuit, but there was a new album. So I wrote to those jolly nice fellows at Coptic Cat Records (which I think is something to do with David Tibet) and a few days later a stylishly packaged compact disc arrived through my letter box.

With some trepidation I put it on my hi-fi. I would be very disappointed if it turned out to be as bad as I was afraid that it was going to. Some band should not be allowed to reform (The Velvet Underground, 20 years ago, were a perfect example of this).

Is it any good? Well duh!

In the liner notes, Roger Wootton writes, “It was felt by the whole band that we needed to show that we were not fossilised and that Comus was still a creative act.


I wanted to find ideas that fitted with 'First Utterance' as a continuity. It was developing on from The Prisoner that gave me the idea of coming out of a coma. This seemed to match our circumstances. So many people asked what we had been doing for the last 45 years, that it seemed apt to compare the new form with a rousing from a coma into Comus consciousness again.

The sacrifice also seemed an ideal subject – a Pagan sacrifice of a virgin for the harvest felt like something that had been left off First Utterance.”

From the moment you pick up the CD you are back in Comusworld again. The unsettling but undeniably organic cover by Wootton himself encapsulates the concept of the album. There are actually only three new tracks ‘Out of the Coma’, ‘The Sacrifice’, and ‘The Return’, all three doing exactly what it says on the tin, and following exactly template described in Wootton’s manifesto that I quote above.

Okay none of the songs are as good as 'Diana', but they are all in the same twisted prog/folk idiom, and - after all – Brian Wilson only wrote 'Caroline No' once in his career. The three songs, and Wootton’s manifesto feel like a gauntlet laid down on the ground; a challenge to the omniverse laying out their stall and stating that the boys (and girl) are back in town.

But there is more. Between the first two Comus albums was planned to be another album called The Malgaard Suite. It was long thought to have been lost, but Roger Wootton introduces 15 minutes of it, recorded live in 1972, which are all that remain. Some of the descriptions of this on the internet have made it sound as if it was disgustingly poor quality. It’s not. It just gives a tantalising glimpse of what might have been.

It is almost like this package operates on some sort of a quantum level; three songs from 2012 which may be a renaissance in the band’s fortunes alongside a fragment of a lost masterpiece which – had it been released – would have changed the history of the band entirely. What’s going to happen next? I can’t wait to find out.

Email ThisBlogThis!Share to TwitterShare to FacebookShare to Pinterest
Labels: comus