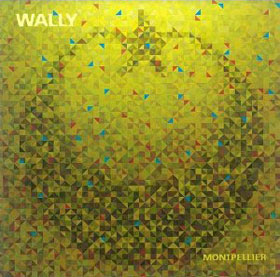 The most likely candidates for comparison here are Pink Floyd and David Bowie. That said, there are other influences heard, too. In addition, the blend of sounds is really quite unique. However you slice it, this is a cool disc.

There’s a pretty and sedate introductory section. Then it shifts to a piano based ballad approach. It builds out from there with sort of a David Bowie meets Pink Floyd kind of texture. This is melodic and powerful with some great harmonic vocals. It powers out around the two minute mark into a soaring number that is very much classic progressive rock. Eventually it drops back down from there. There’s an even harder rocking iteration of the more powerful section after that. The continuing cycle of mellower movement followed by more powered up stays with the song through the end, with some minor changes.

Sister Moon
This cut starts rather tentatively and works out to a melodic number that’s fairly basic in terms of song construction, but also quite accessible and rather catchy. It does a great job of combining a progressive rock element with a psychedelic rock and classic rock styling. There’s some smoking hot guitar soloing on the top of this and the vocal arrangement is great.

Thrill is Gone
This one’s really not all that prog-like. It’s got a great classic rock riff driving it and some smoking hot bluesy guitar soloing. There’s a little bridge section that brings some prog to the proceedings, but overall this doesn’t really fit well in that heading. There’s also a cool climbing guitar based jam later that’s more like Pink Floyd meets Led Zeppelin.

Surfing
A rather bizarre song, in a lot of ways this is probably closest to the poet era of David Bowie. The vocals, often spoken, certainly call that to mind. Musically this powers up to some more energized rock at times, but also includes some stripped down percussive-dominated mellow music and even has some world music in the mix. It’s a cool tune that’s a bit of a change, but it’s perhaps less progressive rock (at least in a direct way) than a lot of the stuff here. That said, there is a cool proggy instrumental section midtrack that includes some killer guitar work and some nicely odd changes. There is also a violin solo in the midst of that segment. After some time back in the song proper mode, it works out to some spacey weirdness that, with some modifications, takes this out.

In the Night
Starting tentatively, there’s some bluesy guitar sound early and then keyboards come over the top in a killer retro fashion. It gives way to a mellow, rather Pink Floyd like sound for the first vocals and builds from there. While mellow and progressive rock oriented, there’s definitely a groove to this. When it powers out later there’s even a soulful air to it. From there we get treated to a smoking hot guitar solo that definitely calls to mind David Gilmour. The song follows a pretty standard pattern of verse and chorus alternating with another instrumental movement, but it’s decidedly AOR progressive rock.

Human
Coming in with mellow, melodic bits of muted guitar, the first vocals are spoken and again call to mind Bowie. This cut gets build out into a harder rocking, but still melodic motif and continues by alternating between the basic musical concepts. It has some passionate vocal work and really has a lot of classic rock in the arrangement. It works out to more of that melodic muted guitar sounds in a spacey pattern at the end.

She Said
Combining a classic rock singer/songwriter style with some country and even a little Pink Floyd, this song follows a pretty standard musical concept. It’s got some rocking motifs and some interesting soloing. It also has some nice female vocals as icing on the cake. The keyboard sounds are nice, too.

Giving
That country element is present on this track, too. It’s mellow and ballad-like with hints of dream pop. Of course, there’s also plenty of classic rock in the mix, too. There’s a fairly intense instrumental section later that brings more progressive rock to the table and a symphonic treatment takes it out.
Posted by Jon Downes at 09:07