REVIEW: Something has been happening, but none of us know what it is, do we Mr Downes? 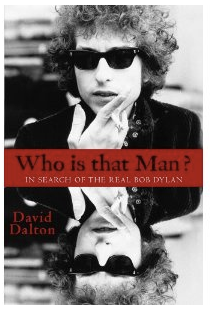 Hardcover: 416 pages
Publisher: Omnibus Press (14 May 2012)
Language English
ISBN-10: 1780385463
ISBN-13: 978-1780385464
David Dalton is largely responsible for me being a rock music journalist. Back in 1976, when I was 17, and an unhappy pupil at a particularly crappy boarding school, somehow I got hold of Dalton’s anthology about the Rolling Stones. I was entranced. I liked books. I like rock music, but until then I hadn’t realised that anybody could produce quality examples of the latter about the former.

Sure, I had read rock biographies; cut and paste jobs of George Tremlett had first come my way three or four years earlier, but even then I realised that although they were great fun to read and an invaluable source of information about these strange, hirsute characters who lived in a world completely divorced from the one where I lived in North Devon, Tremlett’s writing was not art. Nor did it pretend to be.

That’s why I was so blown away by Dalton. He was writing about the baddest boys of the lot; veritable barbarians who despite having been to the London School of Economics, were prosecuted for pissing in a petrol station forecourt, took drugs to a Herculean extent, and did things they shouldn’t have done with Mars Bars. Yes, David Dalton wrote about all these things, but he did it with an immense literary style. I lost the paperback many years ago, but still remember his descriptions of how the young Jagger and Richards travelled around the south-east of England by rail, taking much the same routes as Holmes and Watson had a seventy-years before on their “furtive excursions”. I loved that turn of phrase then and still love it now. It was possible to piss off one’s parents, whilst still producing good literature.

So, 35 years later, I am 52, living in the same North Devon cottage from whence I would be dispatched to boarding school three times a year (until they kicked me out) and I received a copy of a new David Dalton book courtesy of those jolly nice people, Omnibus Press.

I am not going to insult either Dalton, Omnibus Press, or indeed the book (or its subject) by asking the question is it any good? Of course it is. There would be something particularly awry if a writer of Dalton’s calibre tackled a subject of Bob Dylan’s calibre and screwed it up. It’s an excellent book, but almost inevitably it doesn’t deliver quite what one had hoped.

Basically, Bob Dylan is such an enigmatic old bastard that it is practically an impossible job for any author, even Dalton, who admits himself that when dealing with a subject who for over half a century has been self-mythologising to a level which makes Walter Mitty look like John Major, it is probably impossible to ever get to the definitive truth. This book is probably as close as it gets.

Yes, I’ll admit that I am anally compulsive enough to want lists of dates, facts and names, and that although this book gives us some there are probably not enough of them for me to satisfy my inner nerd. However, this book delivers much more – it is in many ways a personal journey through Bob Dylan’s life by Dalton, and, I think, reveals more about the author than any of the other books of his that I have read.

One of the big problems of Bob Dylan is that it is hard to be subjective. Bob Dylan once described ‘A Hard Rain’s Going to Fall’ as containing many different songs. Apparently each line was the beginning, or could have been the beginning, of another masterpiece. I would go further than that; I think the vast majority of Dylan’s songs as being multi-faceted crystals in which each observer sees his or her own reflection distorted by a synergistic mix of their own life experiences distorted by Dylan’s sublime wordsmithery.

Of course, all songs are like this to a certain extent. The Beatles’ 'Who Loves You', for example will mean different things for each person who hears it, usually because of which part of their life the song was a soundtrack to. However, it is still – in the end – a song about someone telling an unnamed bloke that an unnamed chick loves him (yeah, yeah, yeah). Dylan’s songs, even the early ones, are completely different. I am sure that – to pick my favourite Bob Dylan album - John Wesley Harding (1967) means something completely different to each of you than it does to me. For example, although the eponymous landlord of ‘Dear Landlord’ is often considered to be the Creator, and the song is interpreted as Dylan entering into a dialogue with God, to me it has a completely different meaning, and furthermore one which I have no intention of discussing in this or any other forum for fear it will incriminate me. And ‘The Ballad of Frankie Lee and Judas Priest’ which is my favourite song on the album continues to mystify me. Thirty-five years after I first heard it, I still have absolutely no idea what it is about.

Herein you see both the strength and the innate weakness of this book. Because it is impossible to be subjective when it comes to analysing Dylan’s work, then any analysis is – perforce – likely to be completely different to that which you would come up with. This is not a criticism, just a fact, and on the whole I agree with enough of what Dalton said, and was stimulated and entertained by the rest, for it not really to matter.

However, I was disappointed that whereas all his albums throughout the ‘60s and most of the 1970s were analysed and described in depth, when it came to Street Legal (1978) which is another one of my favourite of his albums, the analysis disappeared never to recur.

Yes, we are all aware that the three born gain Christian albums of the late ‘70s early ‘80s polarised his fan base. But I would like to have seen more discussion about why, and how.

Yes, we know that many of the 1980s and ‘90s albums are pretty terrible (although, probably predictably, I don’t agree with Dalton on every bit of censure, and would probably have been kinder about albums like Shot of Love and Knocked Out Loaded, and am not as impressed as he was with the one produced by Daniel Lanois and containing ‘Man in the Long, Black Coat’.

Like the vast majority of rock music biographies far more time is spent detailing and analysing the subject’s rise to fame, and their glory years. I always want to know more about the times when things started to fall apart. The story about Apple Records and the dissolution of the The Beatles is – to me – far more interesting than the story of four mop tops who conquer the world. I am more interested in stories of the fat, mad Elvis in Las Vegas than I am tales of the hillbilly hep-cat. So I would have liked some more background and analysis of the Never Ending Tour and the events surrounding Dylan’s monumental cock-up at Live Aid.

However, I don’t want to appear churlish. This is the best Dylan biography that I have ever read, and it kicks most of the others into a cocked hat. David Dalton is – as always – up to his usual standards of penmanship, and the real tragedy is that if I am honest about it the book that I want to read about Bob Dylan would be absolutely bloody impossible for anyone to write.