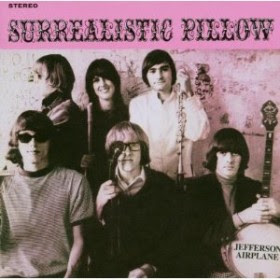 All this year here in the Studio, we have been featuring interviews with many of the musicians who in 1967 created the musical soundtrack for what has long been known as the Summer of Love, starting back in January with The Doors debut, Sergeant Pepper’s Lonely Hearts Club Band by the Beatles, and the Jimi Hendrix Experience‘s Are You Experienced?, all of which have remained peerless over forty-five summers of love, war, achievement, hope, and despair…(cont)

Here are Paul Kantner, Marty Balin, and Grace Slick of the Jefferson Airplane in the first segment of the three-part interview.- Redbeard. Check it out...

...and check out the Gonzo Artist Page for Jefferson Starship you know it makes sense.
Posted by Jon Downes at 13:25